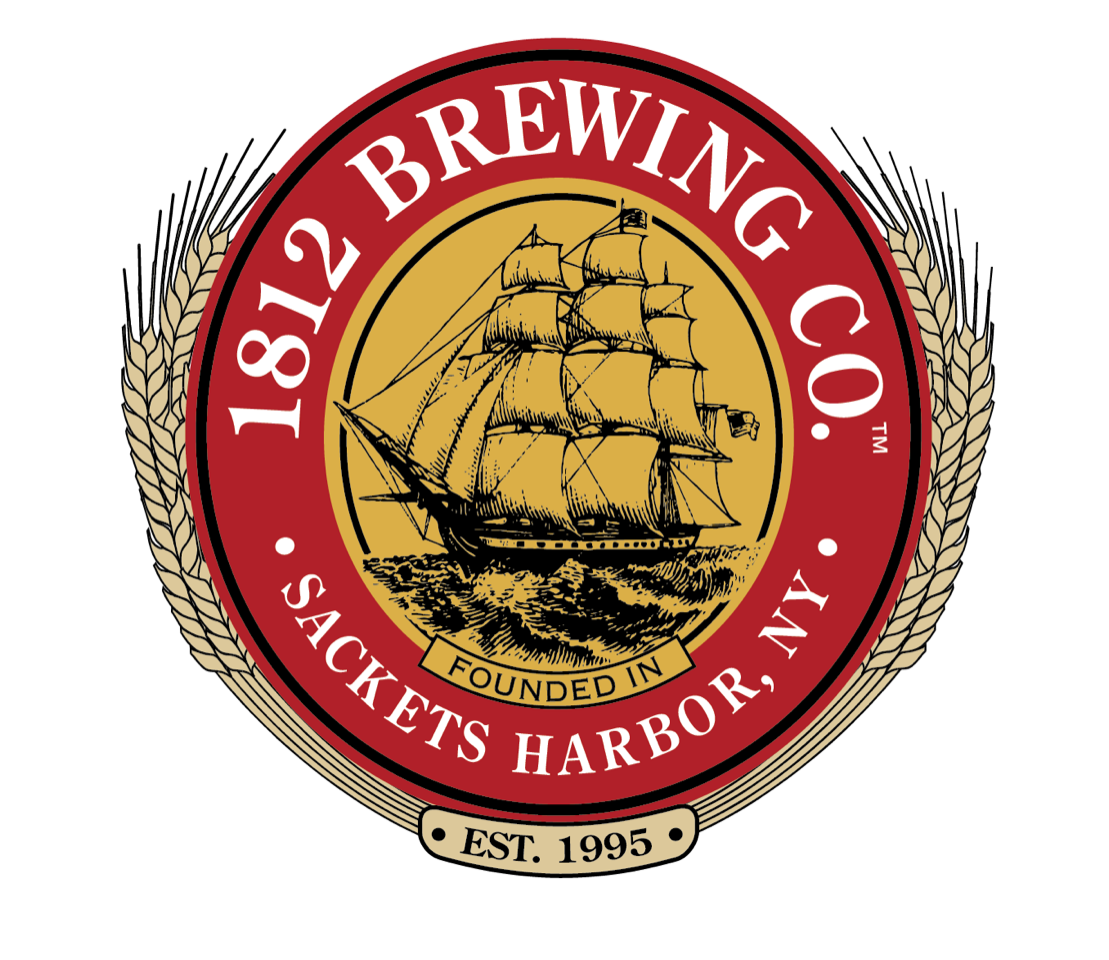 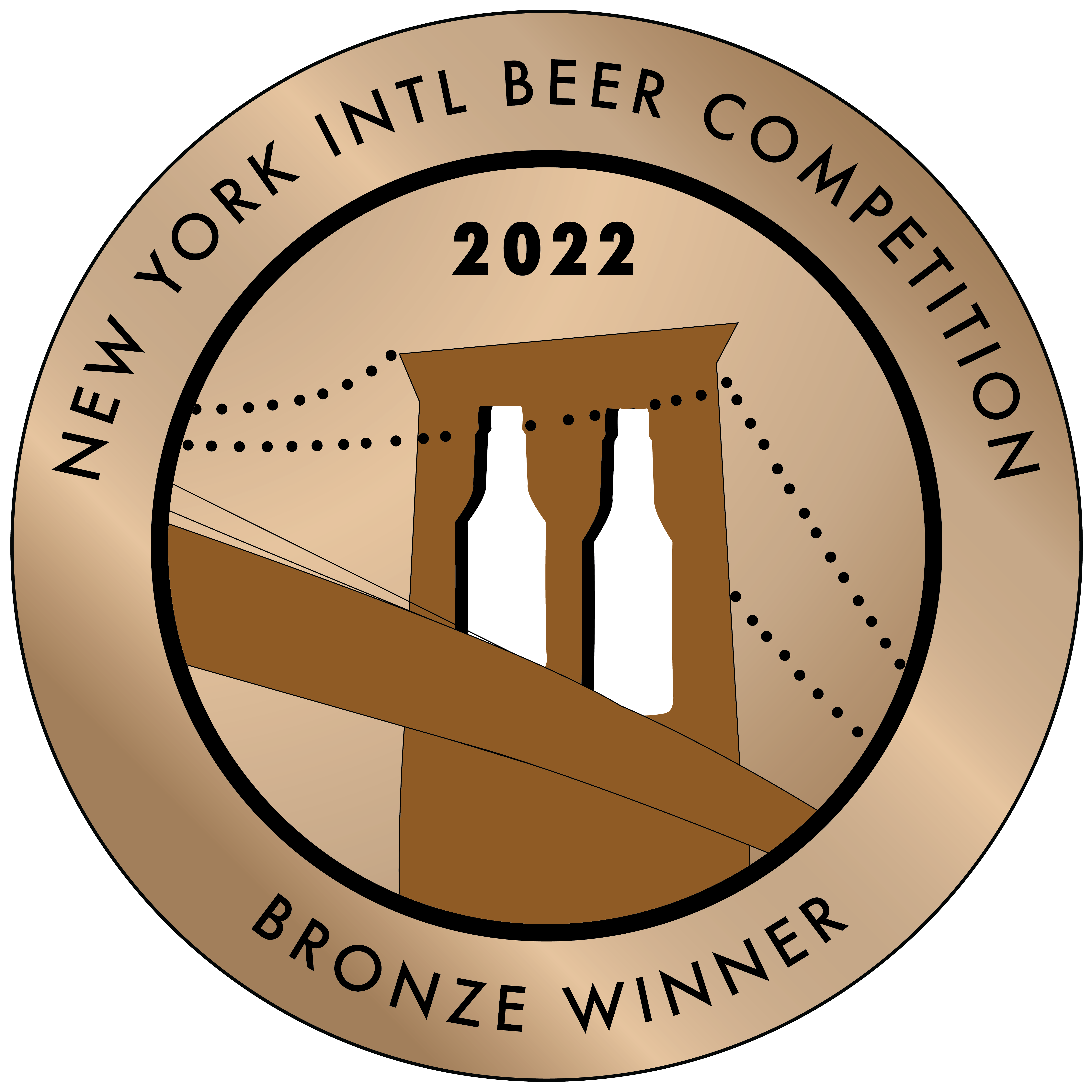 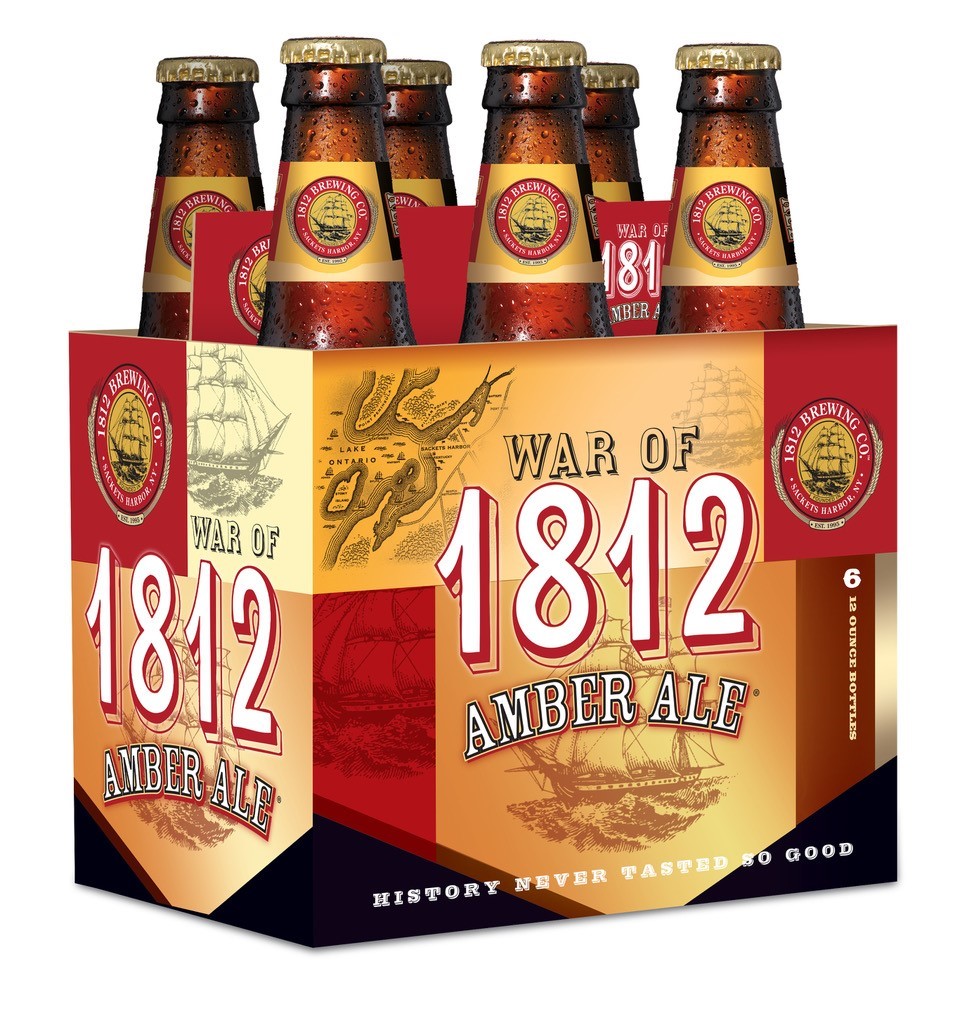 Competition included over 700 breweries from over 15 countries

Watertown, NY, April 18, 2022 — McapMediaWire — 1812 BREWING COMPANY, INC. (OTC Pink: KEGS) (the “Company”) is pleased to announce that its War of 1812 Amber Ale was awarded a top medal in the 2022 New York International Beer Competition held in Rockefeller Center this February.  This competition was open to all commercially produced beer, cider and mead from around the world and, unlike other competitions, had actual top trade buyers from the New York Area that judged by category and price point.  1812 Brewing Company entered its War of 1812 Amber Ale in the “American Style Amber / Red Ale” category, where it earned the bronze medal. 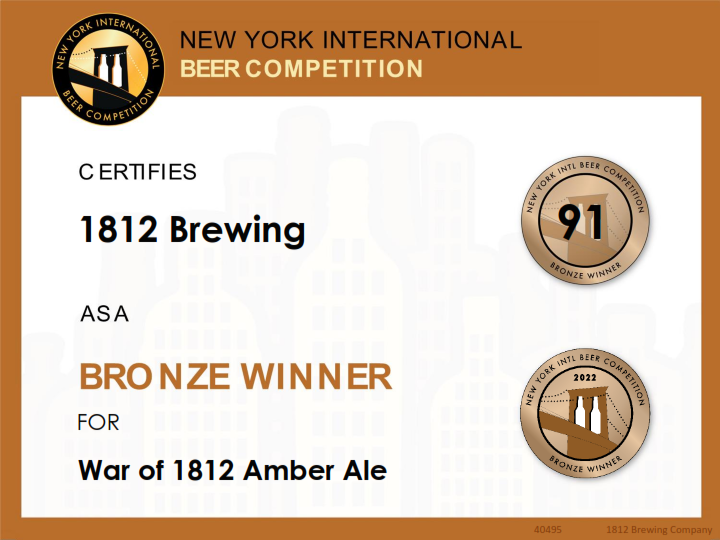 “To have earned this award is very satisfying,” stated Chairman and CEO Tom Scozzafava. “Not only is this validation of the quality of our 1812 Amber, but it further shows the product’s potential in the marketplace.  The fact that the competition is judged by actual beer buyers says a lot.”  He continued, “What makes this additionally rewarding is that the beer was, for the very first time, actually bottled by 1812 Brewing Company.  Furthermore, it happened to be from our very first bottling run!  It’s very symbolic to us that we would be fortunate to have won this very prestigious award from beer bottled on our inaugural bottling run.  This is just the beginning for us.”

The New York International Beer Competition had 700+ entries from over 15 countries competing in nearly 30 categories.  The competition had the top beer buyers and trade professionals judging the products by their category and price point.  The judges were thrilled by the high quality of beer submitted from so many regions and countries.

1812 Brewing Company is an operator of and investor in companies in the craft beer industry.   The Company seeks to build a nation-wide network of craft breweries to develop and foster brand growth at the local, regional, and national level.  Through investment and acquisition, the Company seeks to build a network wherein certain economies of scale can be achieved in areas of operational expertise such as distribution footprint expansion, inter-member contract brewing, new product development, sharing of best brewery practices and scale logistics and transportation.  The network is built through investment by 1812 Brewing Company while maintaining the members’ respective local and regional uniqueness, brand autonomy and direct involvement with its consumers.