Las Vegas, NV, August 12, 2021 – McapMediaWire — All American Gold Corp. (OTC Pink: AAGC) is delighted to announce to current and future shareholders, that the Company has completed an acquisition and is quickly moving forward in an exciting industry. 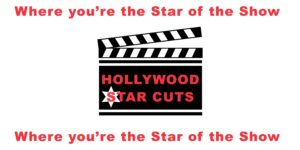 Hollywood Star Cuts currently operates in the greater Boise Idaho area with 1 location in Nampa Idaho and another location under construction in Boise.

Hollywood Star Cuts will be expanding to a third location in the greater Boise area later in 2021 as well as several locations in Southern and Central Florida in the next 24 months. These multiple locations will be referred to as the “Corporate Stores”. Once the Corporate Stores are operational, Hollywood Star Cuts will be proceeding with a very aggressive franchise model to maximize growth nationwide.

The Hair Care industry generates nearly 50 billion dollars annually in the U.S. Hollywood Star Cuts is on a mission to capture a sizeable portion of that revenue by providing a fun and exciting experience for the customers and the staff alike. When a customer walks into a Hollywood Star Cuts, they expect to be treated like a movie star. They will be surrounded by movie paraphernalia as well as images of the Southern California beach scene. They will receive the “Red Carpet” treatment as they are pampered while watching one of their favorite movies being played on the multiple monitors around the salon. They will leave looking like they just won the Oscar after being treated like a celebrity by our enthusiastic stylists. From the moment they walk in the door until the moment they leave they will know that ‘They are the Star of the Show”!

Hollywood Star Cuts was incubated by V Group, Inc. as part of V Group’s successful incubation program. V Group developed the initial concept from idea to an operating business. Once the concept was proven and operational, All American Gold Corp. acquired Hollywood Star Cuts as part of the exciting new strategy of the Company. As part of the incubation program, V Group shareholders will be participating in the growth of AAGC.

Also, on Facebook at Hollywood Star Cuts and on www.hollywoodstarcuts.com

AAGC and Hollywood Star Cuts look forward to updating the shareholders on the Company’s rapid progress.