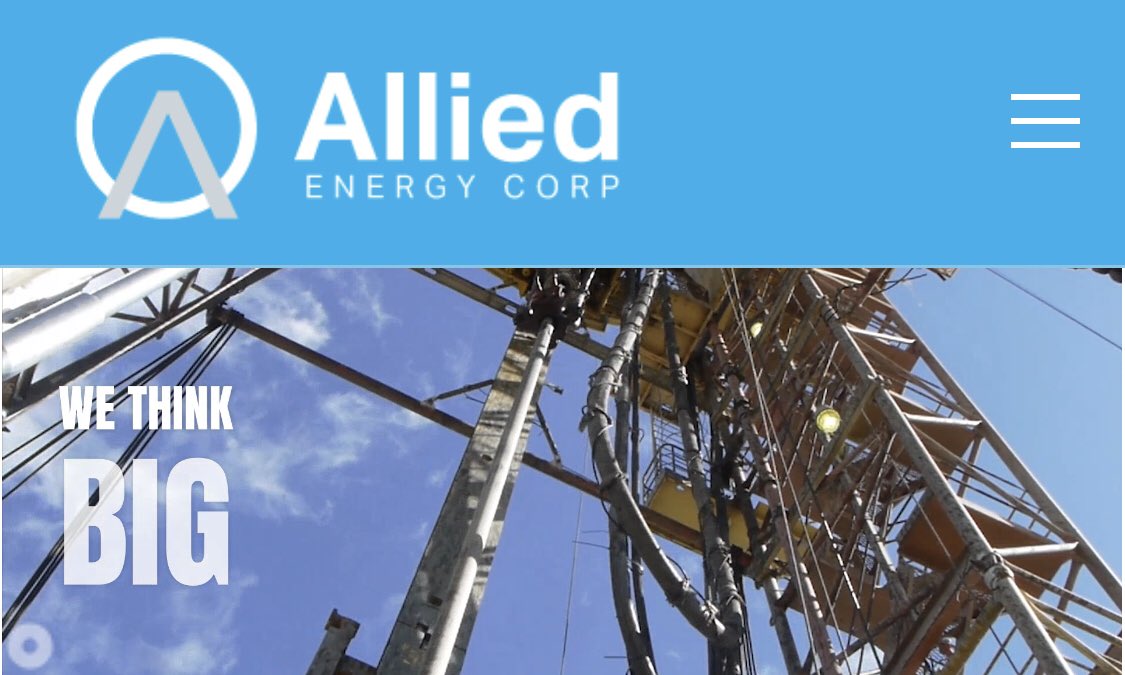 Carrollton, Texas, May 17, 2021 – McapMediaWire – Allied Energy Corp. (OTC Pink: AGYP), an energy company focused on leasing and reworking oil and gas reserves in the most prolific hydrocarbon areas of the United States, is pleased to announce that the Company has leased 300 acres containing five additional oil wells in Crystal Falls, Texas identified as part of the Annie Gilmer Lease.

The Annie Gilmer lease is in the small community of Crystal Falls, Texas on the banks of the Clear Fork of the Brazos River, approximately thirty miles north of the town of Breckenridge, Texas. There a total of five wells drilled on the lease, that is approximately 300 acres. There are five wells on the lease that were drilled to the Mississippi formation that is encountered at approximately 4100’ below the surface of the earth. The Mississippi formation, when caught on good geologic structure can produce prolific oil and gas cumulative numbers. There were six wells drilled on the lease starting in the mid 70’s with the last being drilled in 1989. Since the initial well, the lease has produced over five hundred thousand (5000,000) barrels of high gravity oil and over five hundred million (500,000,000) cubic feet of very rich natural gas. There are two permitted saltwater injection well on the lease. One of the injection wells will be re-converted to an active oil and gas producer.

Allied CEO George Montieth elaborated on the acquisition: “We are thrilled to add the Annie Gilmer Lease wells to our ever-expanding portfolio of Texas oil wells. Allied currently has a crew on the ground this week at this new location and expects to release flow rates, videos and other pertinent data shortly. Investors can also expect updates about our Green Lease location as the workover rig is now just waiting on weather to move onto the lease.”

Allied is pleased to inform our shareholders that this acquisition, just like the Green Lease acquisition, was completed through a non-dilutive, all-cash purchase and immediately adds significant value to Allied’s bottom line as a new asset on the books.

The Annie Gilmer wells have re-pressured since the shut-in dates and are capable of flowing oil and gas at this time. Prudent operations will allow these wells to produce at optimal rates to assure the recovery of the oil and gas reserves.