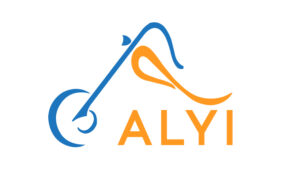 Dallas, TX, Sept. 15, 2021 — McapMediaWire — Alternet Systems, Inc. (OTC Pink: ALYI) (“ALYI”) is a small, early-stage company out to make a big name for itself with a differentiated and comprehensive strategy for the electric vehicle (EV) market. The company recently announced a $2 million 2021 revenue target anticipated from sales of its first electric motorcycles as the company pursues over $200 billion in overall EV market opportunities.

While big name companies race with each other to introduce electric cars and trucks into a market saturated with existing combustion engine powered cars and trucks, ALYI faces less competition as it introduces a different kind of electric vehicle into a significantly less saturated and much larger market.

ALYI’s entry into the electric vehicle market is through the introduction of electric motorcycles in Africa with plans to expand globally into additional less developed economic markets. 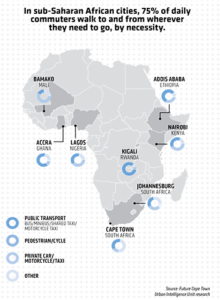 It can be difficult for Americans to easily recognize the global opportunity for electric motorcycles because they live in an automobile dominated environment where two wheeled transportation is more of a hobby than a means of transportation.  Unlike many cities in Europe, let alone Asia, Africa and South America, Americans, in general, don’t commute to work on a scooter.  Out of sight, out of mind, let alone not in my garage, or more precisely, in the hallway outside my apartment.  Americans, for the most part, just don’t get the motorcycle market.

As an early-stage company with a high growth strategy, ALYI will have to access investment capital.  The U.S. has the most liquid investment market in the world with the highest market capitalization.  Accordingly, we believe it is important for us to help America better understand the motorcycle market.  We want our strategy to sell electric motorcycles into the developing economic regions of the world to appeal to American investors.  We want to be a recognized American Brand Name for EV sales into the world’s developing economies.

Branding And The Battery:

ALYI has over two years now of continuous electric motorcycle research and development.  The long story made short, at risk of being oversimplified – it’s all about the battery.

A market exists for lightweight, short commute electric motorcycles or scooters to serve the urban/commuter market.  Such a solution is feasible with existing battery technology. As discussed above, while this is a very large global market opportunity, it is not a U.S. market opportunity.

The U.S. has an almost non-existent urban motorcycle market.  The U.S. motorcycle market is driven by enthusiasts that choose motorcycles for the joy of riding, not the affordability of riding. U.S. motorcycle enthusiasts are looking to ride the open road over considerable distances.  They are selecting bikes for adrenalin pumping speed, or eye-catching style and design. A larger bike that can deliver speed and style can also house a larger battery that can facilitate longer cruising ranges.

So, ALYI is developing a limited-edition electric motorcycle as part of its branding strategy in America, and also developing a mass production, lightweight motorcycle designed and priced appropriately for selling into the developing economic urban environment. 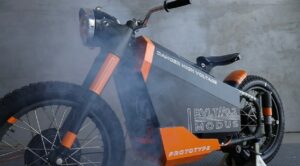 ALYI is branding itself as an Electric Vehicle (EV) contender in the U.S. while concentrating its EV sales efforts in Africa and the larger overall global developing economic market sector.

ALYI recently announced a 2021 $2 Million Target for revenue generated from the sales of its first electric motorcycles as the company pursues over $200 billion in overall market opportunities.

Yes, ALYI is entering the EV market with electric motorcycles, but ALYI’s vision and business plan is much larger.

ALYI is building an entire Electric Vehicle (EV) Ecosystem that addresses the entire EV adoption environment from the perpetual design of best in class vehicles to the perpetual design of the myriad of mechanical and digital systems that go into a best in class vehicle; from the charging and maintenance infrastructure that goes into supporting consumer and commercial vehicles, to the EV value proposition itself that drives consumers and businesses to transition from combustion engines to electric powered vehicles.

This press release today is the first in a series of planned releases to provide shareholders and interested investors with more detail behind individual components of ALYI’s overall EV Ecosystem Business Strategy.

ALYI has designed its EV Ecosystem solution to include democratized participation. ALYI has partnered with RevoltTOKEN to finance ALYI’s growth by offering participation in the EV ecosystem through the sale of Revolt Tokens.

To learn more about RevoltTOKEN and how to participate in ALYI’s electric vehicle ecosystem through the purchase of Revolt Tokens, visit  https://rvlttoken.com/.

For more information and to stay up to date on ALYI’s overall latest developments, please visit www.alternetsystemsinc.com.