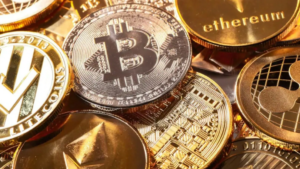 London, UK, October 01, 2021 – McapMediaWire – China has officially banned all cryptocurrency transactions and vowed to stop crypto mining, delivering the toughest blow yet to the industry.

Cryptocurrency transactions are now considered illicit financial activity in China, including services provided by offshore exchanges, the People’s Bank of China has said. The PBC added that crypto, including Bitcoin and Ethereum, are not fiat currency and cannot be circulated.

Chinese officials are going further to stamp out cryptocurrency trading for its ties to fraud, money laundering and excessive energy usage. China already has rules that stops banks from offering cryptocurrency related services. To get around such rules, traders have moved to digital platforms and offshore exchanges.

Cryptocurrency mining’s massive energy consumption is another reason why the industry is coming under attack. In a separate statement, China’s economic planning agency said it’s an urgent task to stop cryptocurrency mining and the crackdown is important to meet carbon goals.

China is facing a power crisis that’s already curbed commodities from aluminium to steel, and several industries have seen their power supplies restrained in recent weeks.

China is home to a large concentration of cryptocurrency miners and as recently as April had a 46% share of the global hash rate, a measure of computing power used in mining and processing, according to the Cambridge Bitcoin Electricity Consumption Index.

The announcement caused a collapse in cryptocurrency prices, with Bitcoin losing about half its value between April and July this year. While the market has since gained stability, it’s still far below the all-time high of £46000.