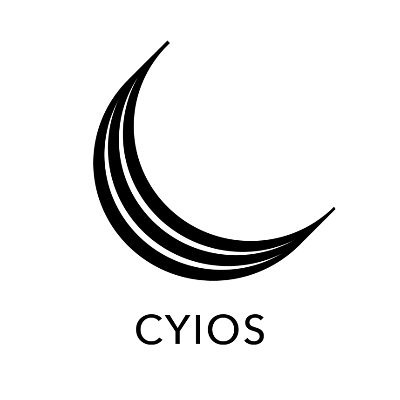 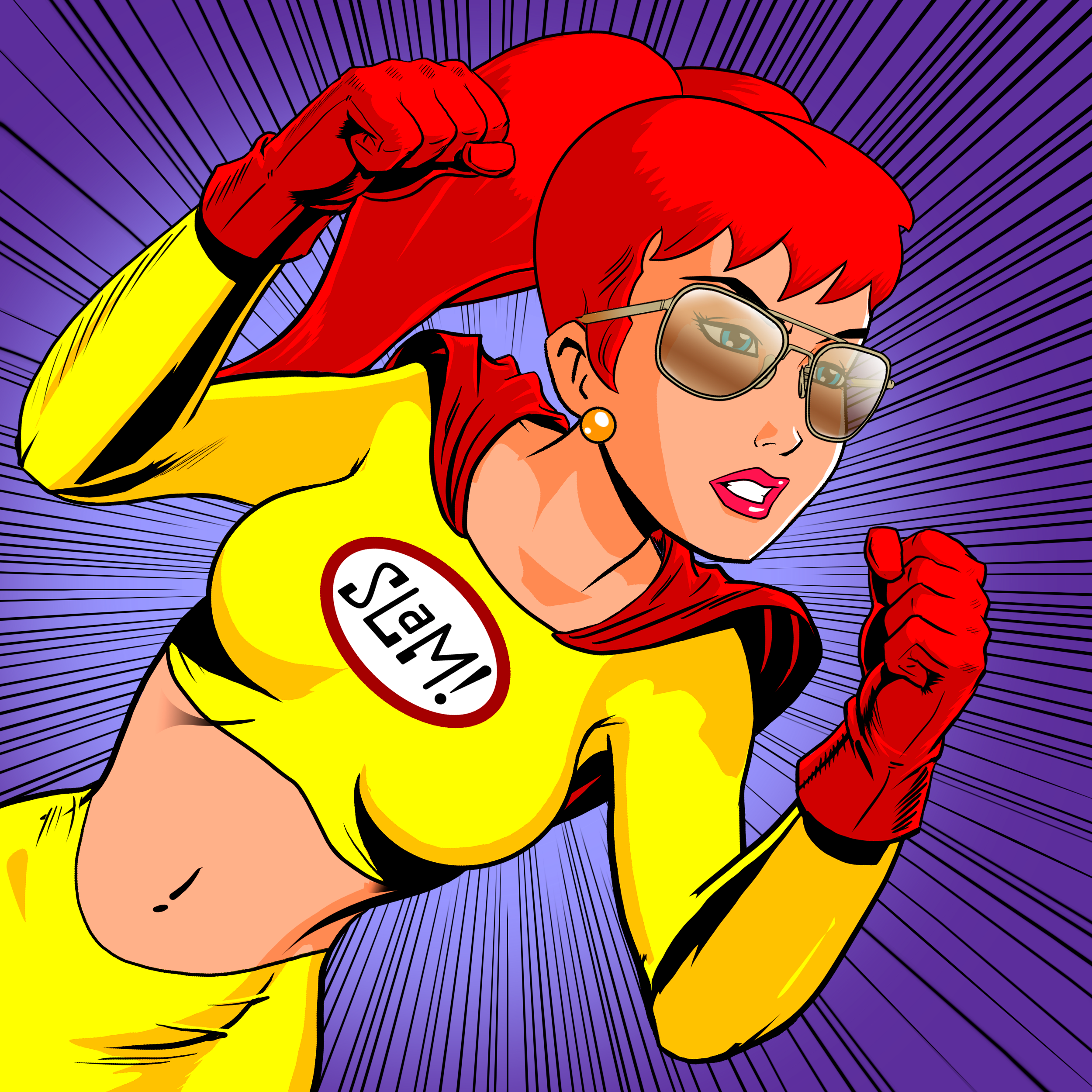 An introduction to Slam-Girl:  In 2000, at the dawn of the Internet Age, Stan Lee and his Hollywood-based Internet animation studio of 150 artists, writers and flash animation wizards, were experimenting with reinventing the Superhero genre by parodying his 1960’s Spider-Man creation with interactive animation storytelling on the Internet. It was at this studio that not only was Slam-Girl created, but also lost in time due to the dot-com meltdown.  As conceived by Stan and co-creator Will Meugniot, Slam-Girl was a 20-something, anti-superhero slacker whose encounter with radioactive-contaminated Old Spider Bite Lite Beer imbued her with an array of superpowers she very reluctantly embraced. Stan was convinced that the millennial culture was ready for a Superhero upgrade – now as a budding feminist.

Mr. Shirrel Rhoades, Curator of the Slam-Girl NFT CYBERspace Collection, commented, “The original story and character of Slam-Girl was nearly doomed, due to the dotcom meltdown and demise of the original studio in early 2001.  Since that time, the untold story of this amazing super hero remained quietly undiscovered for years until acquired by a private collector in 2017.  The owner had reached out to me and asked that I review the collection of assets and IP, upon which I stumbled upon Slam-Girl.  This was a historic find – that Stan created a parody successor to Spider-Man was something very few people knew.  We needed to identify the perfect artist to take the character and story from circa 2000 Web 2.0 into the metaverse and Web 3.0.  I reached out to the one person who was most qualified to work with us on the project, Will Meugniot, the original artist and co-creator of the franchise with Stan. Will was the perfect choice to be Director of art and NFT artist of the Slam-Girl CYBERspace collection.  This collection is distinct from all other works created by Stan, and contains numerous franchises with dozens of never before released characters and stories.”

“The first drop consists of 10,000 NFTs (PFP), with additional drops being developed and planned for the lucky holders.  We have a lot to be excited about as our long-term roadmap and utility list is quite robust. In the coming weeks, we look forward to sharing additional details of our future plans for the Slam-Girl collection including additional utility, airdrops, as well as announcing future NFT’s from the CYBERspace collection of assets developed by Stan Lee Media between 1999-2001. Slam-Girl is the first of numerous franchises to be developed with the aim to build a community that thrives for years to come,” concluded Mr.Rhoades.

About The Slam-Girl CYBERspace Collection

The Slam-Girl CYBERspace Collection is an amazing collection of 10,000 NFTs based on the historic treasure of the never before released Slam-Girl character and superhero franchise co-created by Stan Lee and Will Meugniot at the dawn of the internet in the year 2000.  Shirrel Rhoades, former Marvel Comics Publisher and former Executive Vice President Marvel Entertainment, is curator of the Slam-Girl CYBERspace Collection which has been masterfully designed by Slam-Girl co-creator, NFT artist and legendary Marvel animator, artist and storyteller, Will Meugniot.

SLH Ltd (HK) is the owner of a historic library of Stan Lee cyberspace related co-creations – Flash animated super heroes, super villains, webisodes, and other digital entertainment produced between 1999 and 2001.

Immortals Group focus is to design, produce, market, sell unique collections of NFTs while building community to support longevity and after market of a project, including develop gamified NFTs for Play to Earn gaming. The Company is based in Australia and is a wholly owned subsidiary of CYIOS Corp, a US public company (ticker: CYIO). Immortals has teamed up with Hong Kong-based SLH Ltd, a company that acquired the creative assets of Stan Lee Media, Stan Lee’s Hollywood-based animation studio.

CYIOS Corporation (CYIO) is a publicly traded holding company with numerous subsidiary businesses including; Helio Lending, Helio Exchange, Randombly, Immortals Group Pty Ltd, and Choice Wellness Inc. Through these operations, the Company is focused on building a one stop shop crypto platform encompassing crypto-currency lending through Helio’s CeFi Aggregator platform, Crypto trading through Helio Exchange, NFT minting and trading through Randombly NFT Marketplace, design, produce, market, sell unique collections of NFTs though Immortals group, and Choice Wellness which is focused on developing and marketing specialty branded products in the Health and Wellness markets, including the “DR’s CHOICE” and “24” brand of products. The Company looks to develop, distribute, and license proprietary products as well as evaluate potential acquisition opportunities. Further, the Company continues to seek and evaluate attractive business opportunities and to leverage its resources and expertise to build a diversified, sustainable business model.  For more information, please visit www.cyioscorporation.com