During the recently recorded program, Mark Gaalswyk, who is both CEO and Owner of Easy Energy Systems, Inc. as well as CEO of DUTV, presents on the various disruptive technologies that hold the potential to prevent the deaths of millions of people around the globe.

Mark also discusses an innovative means whereby millions of people around the world can all immediately join together (via simply the internet) to collectively help fund these factory-built modular solutions…which are to be deployed in rural villages and communities around the globe.

While the name of the show has not been publicly stated, and it is even possible the show itself will choose not to air, “sneak peaks” have already begun to be published on the internet by the show’s producers.   As they are now beginning to hit the internet, it is only proper to disclose the existence of the planned show to all interested parties via this news release.

The show’s producers revealed that they expect the global viewership of the TV Show to be upwards of 40 million people.

Below are the first two “teaser” photos already circulating on the internet by the show’s producers. Many additional are expected to be following over the next 1 to 3 months. 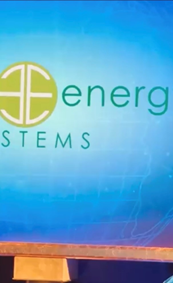 Unbeknownst to Mark, the television show program had a “scout” attending a meeting late last Fall in Washington, DC at which Mark had been asked to discuss his technologies with numerous US government officials.  These government officials had just returned from the climate talks in Europe and were seeking possible answers to the global problems discussed at the conference.  The scout noticed the extreme interest from government representatives in the Easy Energy System’s climate saving technologies and put forth the company’s name to the show’s producers.

A few weeks after the meeting in Washington, Mark was unexpectedly contacted by a representative from the television show who asked him to be a “candidate” for the soon to be filmed production.

He was informed that to be featured on the show, a series of rounds of judging would occur. He was also informed then that Easy Energy Systems, Inc. was to remain privately held until after the show, as the intent of the show was to feature a still privately held company with a solution to global problems.

After 4 rounds of judging, Easy Energy Systems, Inc. was notified in late spring that it had been selected to be featured on the show, but the actual filming date of the show had not yet been decided.

In the last 30 days, the filming of the show has indeed occurred, taking an entire day and involving over 100 people, production staff and camera crews to produce.  The show is expected to be aired sometime between mid-July and November of this year.

The singular purpose of this news release is to make ALL interested parties publicly aware that the show is planned to be released.  The show will give the company and its technologies the needed global exposure worldwide.

Until the show airs, as required by the producers, Easy Energy Systems, Inc. will remain privately held and fully controlled by Mark Gaalswyk.   Concurrently, Mark is also the CEO of DUTV and continually building the foundation and capabilities of DUTV to handle the expected global demand for all of the products of the various companies he will be bringing under the DUTV Umbrella Holding Company.

Digital Utilities Ventures, Inc. is working to become a formidable presence in the green solutions marketplace. We have identified strategic opportunities for acquisitions and joint ventures that will allow us to capitalize on existing and emerging opportunities in this industry. Consumers understand the significance of progressing from conventional assets to inexhaustible sources that produce no ozone harming greenhouse gas emissions from petroleum by-products and lessen air contaminants. Enhancing green solutions such as in energy supply and lessening reliance on imported fuels will assist with economic development by increasing occupations in manufacturing, assembling, and more.

This press release includes statements that may constitute ”forward-looking” statements, usually containing the words ”believe,” ”estimate,” ”project,” ”expect” or similar expressions. These statements are made pursuant to the safe harbor provisions of the Private Securities Litigation Reform Act of 1995. Forward-looking statements inherently involve risks and uncertainties that could cause actual results to differ materially from the forward-looking statements. Factors that would cause or contribute to such differences include, but are not limited to, acceptance of the Company’s current and future products and services in the marketplace, the ability of the Company to develop effective new products and receive regulatory approvals of such products, competitive factors, dependence upon third-party vendors, and other risks detailed in the Company’s periodic report filings with the Securities and Exchange Commission. By making these forward-looking statements, the Company undertakes no obligation to update these statements for revisions or changes after the date of this release.