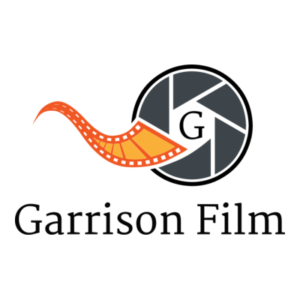 Mr. Gary Kompothecras CEO of Garrison Film, states, ”We are excited about the partnership with Legion M Entertainment. We believe that our publicly held company solves what makes independent film financing so hard – lack of liquidity.  Typically, independent film producers seeking financing must overcome the challenge of convincing equity investors to cashflow a film’s production to its revenue-generating release, which may take years. Such investments may never become liquid, creating an untenable cycle between the needs of film producers and the timing of returns required by film investors. Our company, Garrison Film has set out to solve this challenge. We believe there is a better way to protect entertainment investors by enabling them to participate in a liquid investment entity.”

Mr.Kompothecras adds, “Garrison Film will invest in a slate of independent feature films, delivering a disruptive new film investment opportunity: immediate liquidity. In conjunction with this news, we also announce a strategic partnership with fan-owned entertainment company Legion M Entertainment, Inc. who will be tapped to help develop and produce many of the projects, including the first one to be announced imminently.”

Mr. Kompothecras says, “We’ve assembled an amazing team with Legion M looks to create a library of entertainment assets for the entertainment and media market in the U.S. which is worth over 720.38 billion USD. This huge market creates a wealth of opportunities for filmmakers and investors alike. I also want to reiterate to our shareholders that we do not plan on a reverse split for the foreseeable future.”

A few other highlights provided by the company include:

Garrison Film is founded by Gary Kompothecras, Executive Producer of Siesta Key, one of MTV’s longest running unscripted series. Business successes also include Physician’s Group, LLC, a Joint Commission accredited multidisciplinary/multi-specialty medical group with over 40 facilities and currently employing over 400 Floridians. Other successes include, the creation and branding of 1-800-Ask Gary®, and growing investments in Florida tourism with the acquisition of hotel and resort properties. Mr. Kompothecras has a proven record of successful navigation of financial markets, managing international trade, and innovating in health care management.

Legion M is the world’s first fan-owned entertainment company that is revolutionizing the way entertainment is made in Hollywood by uniting a growing fan community of 130,000+ members including nearly 30,000 fan-owners. Through its Fan-Owned business model, Legion M invests in a diverse slate of original projects in various stages of development, including the epic fantasy The Emperor’s Blades, comic book and feature film Girl With No Name, and documentary Memory: The Origins of Alien; multiple original television series including Evermor, Airship Cowboys, and Malice; as well as interactive and VR-based projects, including ICONS: Face to Face starring the late Stan Lee and Kevin Smith. Legion M also invests in partner productions, including Kevin Smith’s feature film Jay and Silent Bob Reboot, as well as the critically acclaimed Colossal, starring Anne Hathaway and Jason Sudeikis, and directed by Nacho Vigalondo, the cult hit Mandy starring Nicolas Cage and directed by Panos Cosmatos, the gritty, hard-edged epic Archenemy starring Joe Manganiello, and Sundance sensation Save Yourselves! which was released by Bleecker Street in fall 2020. Legion M has produced high-profile events honoring some of the industry’s biggest names, including the Stan Lee hand and footprint ceremony at Hollywood’s TCL Chinese Theatre in 2017.  To learn more about Legion M and become a member of the Legion for free, visit www.legionm.com.