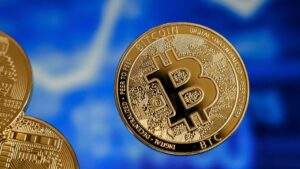 London, UK, September 23, 2021 – McapMediaWire – El Salvador has become the first country in the world to make Bitcoin (BTC-USD) legal tender. The announcement comes amid protest and uncertainty, as questions remain about the integration of cryptocurrency into the Salvadoran financial system.

Multiple surveys reveal the level of distrust within El Salvador towards the new law. A poll of 1233 Salvadorans run by Disruptiva at the beginning of July revealed that two-thirds of participants were not willing to be paid in Bitcoin.

Recent studies conducted in late August by El Salvador’s University of Central America (UCA) revealed a high level of negative sentiment towards the Bitcoin law. The survey found that 80% of 1281 Salvadorans polled had no trust in bitcoin and only 17% think it will improve the economy.

Since the announcement, lawmakers in both Paraguay and Uruguay have proposed their own bitcoin legislation. In mid-August, president of Argentina Alberto Fernandez told one of the nation’s media channels that he was open to making bitcoin legal tender in the country.

Countries in other parts of the world, especially those with currencies pegged to the United States dollar, are keen to see if Bitcoin could offer them more monetary autonomy.

However, Nelson Rauda Zablah of El Faro digital newspaper, urged empathy towards Salvadorans who are in effect becoming guinea pigs in the world’s first state-run cryptocurrency experiment. He called for those “cheering the president from the side-lines” to consider what it would be like if their own national economy was about to be tossed into a “virtual casino,” and it was “their own business, credit rating, pension scheme, or savings at stake.”