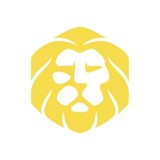 Mr.‌ Robert Munck,‌ Executive Vice President‌ ‌of‌ ‌MKH‌ ‌Ventures,‌ ‌states,‌ ‌”We are proud to announce the signing of this contract appointing Mr. Andrew Lane and Barry Coffing as Music Supervisors. The movie credits will state, “Music Supervisors – Andrew Lane and Barry Coffing appearing courtesy of Critical Solutions, Inc”.  Mr. Munck adds, “The contract is specifically awarded to Critical Solutions, Inc. and we will sub-contract to our subsidiary Universal Systems/Digital Distro Solutions, Inc. to provide the services as required in the contract. The signing of this contract demonstrates the capabilities of Universal Systems, Inc./Digital Distro to generate revenues immediately for Critical Solutions which further enhances the value of both companies. We are proud to report to our shareholders that our company and its subsidiaries are growing.”

Mr. Andrew Lane, CEO of Universal Systems, Inc./Digital Distro, states, “I want to personally thank the team at Critical Solutions, Inc. and Garrison Film for including us in this exciting project.”  Mr. Lane adds, “On behalf of myself and Barry Coffing, we are both excited to be a part of this feature film. After the numerous pre-production meetings with the production team and reviewing the requirements of the project, we are on track to deliver on the project. We love the story and the musical possibilities of a thriller set in 1970’s Florida based on a true story of a serial killer in the deep south.”

Mr. Munck, Vice President of Business Development, “We are also excited to make these general announcements from the company:

Also note the company has updated its Twitter address to https://twitter.com/MKHVentures.

Universal Systems, Inc. / Digital Distro Solutions (OTC PINK: UVSS) is a subsidiary of Critical Solutions, Inc. The focus of the incoming company is multi-media production, distribution, NFT/Crypto services, and bringing social brand influence to film and music productions. Mr. Andrew Lane, CEO, is well known for his numerous credits including work with Disney while also managing talent that has a collective following of over half billion social followers. The company is currently in negotiations for musical scores, soundtrack development, and original music composition for two upcoming feature productions. The company has received OTCIQ access, been designated as Pink Limited, the teams have uploaded Disclosures and Supplements as required to bring Pink Current. The company expects to submit an Attorney Opinion Letter within days. The Transfer Agent has verified the share structure has remained unchanged with 246,049,052 Outstanding and 76,836,847 shares in the Float. The company is being renamed Digital Distro Solutions. Also note the company has updated its Twitter address to https://twitter.com/Digi_Distro.

Garrison Film is founded by Gary Kompothecras, Producer and Founder of Siesta Key, MTV’s Longest running reality show. Business successes also include Physician’s Group, LLC, a Joint Commission accredited multidisciplinary/multi-specialty medical group with over 40 facilities and currently employing over 400 Floridians. Other successes include, the creation and branding of 1-800-Ask Gary®, growing investments in Florida tourism with the acquisition of hotel and resort properties. A proven record of successful navigation of financial markets, managing international trade, and being an innovator in health care management.

About “Man in the White Van”

Garrison Film’s first feature length film entitled, “Man in the White Van” can be found on the company’s new website at www.Garrisonfilm.com We have completed pre-production requirements and we have our production teams in Shreveport, Louisiana getting to film.  Our first feature film, “Man in the White Van” is a thriller set in 1970’s Florida. The script and screenplay are based on a true story of a serial killer in the deep south.

CSLI Shareholder/Investor inquiries can be directed to: