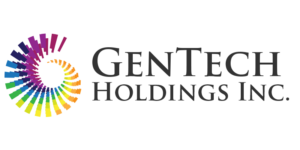 The event is expected to draw 40,000 attendees and pull in a worldwide audience topping 2 million, a total social media reach of over 17 million fitness focused followers, and plenty of A-list celebrities and top fitness brands and personalities.

Storm will launch multiple products at the event, including Pre-Workout Vegan EAA’s and a Powdered Fat Burner as well as a full line of Storm apparel. Storm will also launch a full affiliate program for influencers at the event and seek to sign influencers and athletes on the spot.

In addition to the Storm launch, other GenTech brands will gain valuable exposure. American Metabolix (www.americanmetabolix.com) and SINFIT Nutrition are official sponsors of the show and will have their logos prominently displayed at multiple points throughout the venue, including at the show and at the expo. Both brands will also feature in 30-second commercial spots running during every event promoting their products.

SINFIT will also be the title sponsor of the IFBB Wheelchair Olympia (https://mrolympia.com/wheelchair-olympia) and will have people on stage handing out prizes to the athletes.

GenTech’s brands, including Storm, SINFIT, American Metabolix, and MPB Snacks, will also be featured in a large booth at the event. Top UFC stars Tecia Torres, Miranda Maverick, and Cory Sandhagen will join GenTech brands in the booth to meet fans and sign autographs for several hours during each day of the event.

Leonard Armenta, GenTech President and CEO of SINFIT, commented, “The Olympia weekend is the unambiguous alpha event in the fitness world. It is truly the world championship of bodybuilding and fitness. And nothing is more central to our branding strategy than associating our core fitness brands with that energy and culture. In addition to the organic exposure, we expect to gain from our prominent positioning both physically and digitally at the event, our sales team has already set up meetings with major retailers and distributors to target both domestic and international markets.”

In addition, the Company is also pleased to announce today two important upgrades to the GenTech team.

Josh Pittman has been promoted to VP of Operations at GenTech. Josh moves up from his position as Director of Sales. During his time at that position, Josh helped foster strong growth while cutting costs and driving tangible margin gains. He has strong operational instincts and key digital sales experience, and will thrive in his new role. Josh is already hard at work implementing new inventory control systems, fostering growth in digital presence and conversion rates, driving growth in Amazon sales, and taking a leadership role in digital market in partnership with the Company’s marketing team. Josh is a military man of over 12 years and applies that discipline to his current role with GenTech.

RJ is a new team member. He will take on the position of Senior Vice President and will lead the Sales Team through his deep experience as a top executive in the fitness products space. RJ has worked for major players in the industry like VPX, where he helped grow GNC sales by over 40%, Legendary Foods, where he helped grow total sales to $15 million during its first 18 months, and Quest Nutrition, where he helped drive strong year-over-year growth, pushing sales above the billion-dollar level.

About GenTech Holdings, Inc.
GenTech Holdings, Inc. is a publicly traded company under the symbol GTEH. The Company owns and operates leading functional foods brand, SINFIT Nutrition, which offers a range of high-end Functional Foods as well as American Metabolix, Inc. which provides a diverse range of Nutritional Supplements through its brands American Metabolix, Storm Lifestyles and Core Natural Sciences.