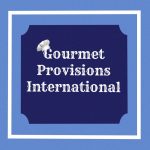 Pittsburgh, PA, June 9, 2021 — Gourmet Provisions International Corporation (OTC Pink: GMPR) today announced their Wholly Owned Subsidiary, Jose Madrid Salsa (JMS), with their 28 Gourmet Salas, are available NOW in 150+ Grocery, Convenience & Liquor Stores throughout Ohio. Jose Madrid Salsa, “The Healthy Fundraiser,” started selling its Gourmet Salsas in 1993 and quickly established the brand as the #1 Salsa Fundraiser nationwide. Currently JMS continues to lead the industry in fundraising but because of this past crazy year, has decided to expand a larger presence into the retail marketplace. Over the past 12 months the JMS sales team has quickly brought their Gourmet Salsas into 150+ retail outlets throughout Ohio and is now ready to expand to neighboring states. JMS has recently purchased another custom delivery vehicle and hired more staff in preparation for this expansion.

Mike “The Salsa King” Zakany, President & Founder of Jose Madrid Salsa stated, “We have spent the past 28 years selling our handcrafted Gourmet Salsas primarily online and at farmers markets, industry shows and through nationwide fundraisers. Like a lot of other businesses, we were hit hard over the past year with most of our primary sales outlets being put on hold. We have had success with retail outlets in the past, but our main business was focused on fundraisers and industry shows. Now that the country is getting back to business, we will continue to grow that aspect of our business but will also build our online and retail presence. We have expanded our manufacturing facility, added new custom delivery vehicles and hired more staff to handle our current and expected growth. With the financial help of our parent company Gourmet Provisions International we are now able to grow our JMS brand nationwide.” 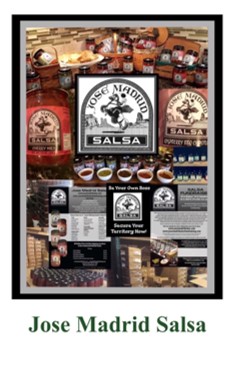 In 1976, Mike Zakany and his brother started a restaurant in downtown Zanesville, Ohio. After months of planning and building, Zak’s Restaurant was a reality. The contemporary-casual restaurant was a welcome addition to the small urban center and was quite successful for the family matriarch while helping her sons integrate more authentic Mexican cuisine into the menu and life of the restaurant.

The Zakany family has always had a rich history as entrepreneurs. Mike’s paternal grandparents opened a butcher shop and grocery store in Zanesville in 1942. Mike’s father, uncle and entire family worked very hard to continue to grow the family business over the years. Zak’s Restaurant was a natural extension of the Zakany’s involvement and love for the food business. The restaurant quickly developed a strong clientele. Clearly, people liked the “New Mexico” style food, the phenomenal increase in the “to go” food sales and the additional increase in dining room business confirmed their niche in the “New Mexico” style of food on the menu.

The demand for salsa was a key part of the complete menu; salsa enhanced the flavors of all the dishes served. It then became time to develop the salsa to meet the demand. Mike started an extensive marketing study that examined all kinds of spices and chili peppers. He read with great interest about the migration patterns of the European Spaniards to Mexico and the influence America’s native people had on the newcomer’s cuisine.

Mike continued to work on the salsa recipes based on his research and experimentation. The restaurant customers were the critics for the salsa formulas born from Mike’s hard work in the kitchen.  Eventually, the “favorite” blends of spices, chili peppers and herbs were developed. These recipes came from the direct influence of his maternal grandfather’s cooking culture. In 1987, José Madrid Salsa became a reality, named after the family icon and beloved grandfather from Clovis, New Mexico. Mike Zakany’s tribute to his grandfather celebrates his childhood memories of the larger-than-life man.

Gourmet Provisions International Corp. began with several pizza shops and has expanded and diversified through targeted acquisitions and partnerships to include other diversified food lines. In October of 2017, they brought on Jack Brewer, Brewer Media & Entertainment Group, as GMPR’s Brand Ambassador. Brewer Media Group was brought on to help build all aspects of the many Gourmet brands, with a primary focus on increasing GMPR’s online and retail sales while enhancing their social media presence and overall content, creating public persona and awareness, pursuing acquisition opportunities and much more. The Company currently has four wholly owned subsidiaries: Jose Madrid Salsa, Pizza Fusion, Unique Tap House, PopsyCakes and has a licensing agreement with Christopher Street Products.

Safe Harbor Act: This release includes forward-looking statements within the meaning of Section 27A of the Securities Act of 1933 and Section 27E of the Securities Act of 1934. Statements contained in this release that are not historical facts may be deemed to be forward- looking statements. Investors are cautioned that forward-looking statements are inherently uncertain. Actual performance and results may differ materially from that projected or suggested herein due to certain risks and uncertainties including, without limitation, ability to obtain financing and regulatory and shareholder approval for anticipated actions. There are no financials in this press release, so this is not needed and undermines the release.