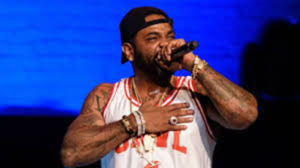 Really happy to announce we signed Jim Jones to our NFT platform..he's a hip hop Mogul and is a big force and accomplished Artist in hip hop we spent hours discussing lots of possibilities for future deals$imtl #JimJones. pic.twitter.com/AuR1wGxiTb

The Company’s partnership with celebrity photographer Idris Erba (www.idriserba.com) has Erba set to shoot exclusive high-profile images of Jones for Legends NFT where the Company will feature the highest level NFTs, (Non-Fungible Tokens) for fans and investors alike.

Shareholders can check out the front-end today at https://legendnfts.io, and the full site launches live later this week with its blockchain in ERC 20 token readied for the auction process. The Company utilizes https://greenlight.digital, a top tier crypto consulting group, for its back-end build out and managing the auction process.

CEO Lawrence Adams stated, “We are elated to have such an Impactful talent to our NFT site, Jim has been a dominant force in the development and growth in Hip Hop over the years, and has built a lasting legacy, I’m confident we’ll capture digitally that energy he brings through his music and produce a collection that will exist for years to come”.

As well, Jones joins IMTL’s platform with an existing affinity for cryptocurrency and NFTs. Between ventures in the cannabis industry, with Capo-Saucy Extract Farms, his Vampire Life clothing line and the newly launched Quarantine Studios, Jones has created several revenue streams over the years by identifying and investing in emerging markets, including his recently minted $CapoCoin in partnership with Zaptheory — which is essentially a social marketplace for cryptocurrency and NFT’s, like Ethereum.

In 2021 alone, NFT’s, which can be collectible items or a string of events, have exploded within the music industry as artists such as Post Malone, MF DOOM, and Lil Pump all have announced NFT experiences of their own.

In 2004, he released his debut solo album On My Way to Church. The release of his second album, Harlem: Diary of a Summer in 2005, coincided with Jones landing an executive position in A&R at Entertainment One Music. A year later he was on his third album Hustler’s P.O.M.E. (Product of My Environment) (2006), which spawned his biggest single to date, “We Fly High”. The song reached number five on the US Billboard Hot 100 chart and was certified platinum by the Recording Industry Association of America (RIAA).

In 2006, Jones also formed the hip hop group and label ByrdGang. The group released their debut album M.O.B.: The Album, under the newly found label in 2008. Jones followed up with his first major-label album Pray IV Reign, which was released in March 2009, under Columbia Records. The album spawned the hit single “Pop Champagne”. In April 2011, Jones released his fifth album, Capo, which was supported by the lead single, “Perfect Day”. He returned in May 2019, for his sixth album titled El Capo.

About Image Protect:
Image Protect is a media company with a focus on microcap news, information, and disclosure, as well as crypto, blockchain, and digital assets. The Company recently signed to acquire OTC PR Wire, LLC, a revenue stage service provider and news platform catering to microcap and small cap companies on a global scale. Its unique digital asset library and proprietary technology via subsidiary Fotofy. are conducive to the foundation of an impactful NFT marketplace.