General Scheme of The Marine Insurance 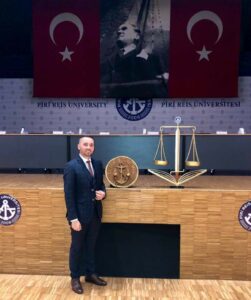 London, UK, July 27, 2021 – McapMediaWire – Marine hull insurance covers the damages that happen to an insured ship or other insurable parts of it, during the voyage, carrying cargo, during dispatch, anchorage, or repair. This coverage comprises all physical losses or perils, liabilities, and expenses of third parties, which arise from perils of the sea. They are known as “Marine Hull” among the Lloyd’s London market.

This insurance type has a small capacity, and they constitute %2 of the global non-life insurance. Nevertheless, it is a well-specialised field that provides exclusive coverages for different perils.

The main marine insurance market is in London which has the 18% of the global maritime premium. London market is represented by unions organised under Lloyd’s Underwriters Association and, on the other side also represented by International Underwriting Association. The second biggest market is in Japan which has the 16% of the global premium, and they are followed by the USA with %13 and Germany – Norway with 9%.

Marine insurance, especially Ocean Hull, has similarities with non-life reinsurance than other direct insurance types. It starts with the construction of the ship in foreign countries, and it does not have to be in a certain place. When the ship is launched, it can be open to traffic with cargo owners, insurers, and directors worldwide. In addition to this, in general, the crew is a combination of different nationalities. The flag of the ship is usually the flag of the owner’s country or any other country, where is not a part of the ship’s traffic.

Second, the type, which is named Ocean Hulls, has high insurance values. Therefore, in general, more than one insurer from different countries share the risk. These works proceed through brokers.

The third resemblance between marine insurance and non-life reinsurance is, those policies are usually issued for the one-year period except for one-time coverages.

As the fourth, mostly the result of the above explanation, the premium circulation is not stable (volatility) and therefore the demands are changeable. Apart from natural variations, that affect the occurrence of the damage, volatility may also be the result of changes in the deductible amounts, increased risks, variations of international regulations, or exposure of risk.

The word “marine” is a comprehensive concept which embodies notions “hull”, “cargo”, “marine liability” and “offshore”.

In order to define “a ship”,; a ship is a sea vessel, which is not very small, that can move on the sea and the usage of the ship depends on its movability. Hull is a wider concept than a ship and it means a thing which is hallowed and voluminous. It is a general concept for ships and sea vessels. An insurance type HULL AND MACHINERY (H&M) provides a coverage for ship and its machinery. Although, in theory, H&M is not a compulsory insurance, it has become compulsory in practice to avoid problems that may happen on the controls of the international ports.

In the H&M Coverage, the insurable interests are, integral parts of the ship (when those parts are missing the ship is an incomplete ship; the hull, the mast, the deck, the tank, etc.) and additions of the ship that belong to the owner (maps, signal tools, etc.). In addition to this, subject to the insurer’s approval, sea vessels, which cannot be defined as a ship; houseboats, floating crane, barge, floating restaurants, sea motorcycles, etc. can be a subject of the policy.

From a different perspective, what real dangers in the marine industry are? They can be classified like in the below:

Hull Policy is a united assurance for risks under the scope of A, B, and D. Such that, for the united risks, an insurer can only be responsible for threefold of the insured amount. However, if the liability covered under the policy is exceeded, the exceeded amount is usually covered by P&I Clubs. Rules may show differences for every P&I Club since there are limited clubs that work under these conditions.

For the corporate objective, vessels are divided as Coasting Vessel and Ocean Vessel (Ocean Hull). Ocean Hull is also named “Bluewater Boat”. While ocean vessels have an international character, which refers to any ship that is part of international maritime trade, coasting vessels are generally used in inland waters.

Although coasting vessels can describe other small vessels such as fishing boats, coastal ferries, barges, etc., there is not a certain line to separate these notions. While damages to fishing boats and damages they have caused may be covered under the marine policy, the lives of fishers and loss of their profits may not be covered even if they are under the scope the marine insurance.

When we evaluate the other headline of our topic, General Average, it can be described as “voluntary sacrifices and extraordinary expenses in a voyage to protect the ship or cargo from a danger.”. At Article 1272 / III of the Turkish Commercial Code, it is stated that damages will be appropriated between ship, cargo, and carriage. This article is in accordance with Article A of York- Antwerp Rules. Because freight of a charterer, fuel for the time charter, or container of a commercial manager can also be subject to a general average.

Being exposed to a sea danger is not a compulsory matter for declaring a general average. To illustrate it; the extension of the fire in the dock to the ship or cutting the anchor in order to prevent the spread of flames can also be a reason for the general average. In addition to this; even if the ship and cargo do are not damaged on the same level, declaration of the general average would be proper.

There is a condition for a proper general average declaration, real danger. Estimated danger or proximate danger (causa Proxima) is not sufficient for the general average. A precedent Supreme Court of Turkey decision states that the general average cannot be declared when the ship is grounded by its master’s own negligence. Therefore, the faulty party cannot claim any compensation and also is responsible to related parties for damage that arose by his own negligence (Turkish Court of Appeal 11th Circuit D: 25.11.1985, 1985/6087 and 1985/6406). Further, in the case “Watson v Fireman’s Fund Insurance”; the court held that; even if the master has a margin of error, spilling water because of the estimation that there is a fire and this fire will cause damage to goods in holds is not proper for declaring a general average and the master is responsible from the damages arose from the water.

Does the master have to wait until the appearance of real danger? An answer for this question is stated by Roche J. in “THE MAKIS” case. Roche J. held that; the danger does not have to be immediate or occur right away, the danger must not be imaginary.

In general average situation, actions and expenses should also be extraordinary. Although it is open for an opposite interpretation, there is an important case that can set an example. “Wilson v Bank of Victoria”; The ROYAL STANDARD was a large sailing ship with an auxiliary steam screw. She sailed on a voyage from Australia to England carrying a cargo of gold and about 500 tons of bunker coal. Eleven days into the voyage she hit an iceberg and suffered so much damage to her masts and sails that, in practical terms, she lost all power of sailing. She reached Rio de Janeiro under steam alone and nearly exhausted her stock of coal. The expense that made, in that case, was not held as extraordinary and the general average was not accepted.

After the above explanations about the “Hull Insurance” and “General Average”; it should be explained in such a circumstance which insurer bears which damage? This will be determined after the apportionment of damages (dispatch). In principle, H&M Insurer bears the “damages to the ship” and Cargo Insurer bears the “damages to the cargo”. “Gaps” that were left behind from the dispatch period, are filled by the liability insurer.

Due to article 66/4 of Marine Insurance Act 1906; if the assured has incurred a general average expenditure, without claiming from other relevant parties of the general average he may claim expenses directly from the insurer. If hull insurance does not cover the full expenses, the remaining amount will be covered by P&I (Protection and Indemnity) Club.

If some expenses are not under the coverage of the hull insurance, marine vessels liability insurance will bear those expenses. As an example, to this situation, if the real value of the ship is higher than the insured value, or rejection of the compensation claim by the cargo insurer because of breach of the carriage contract by the carrier.

The general average Absorption Clause is regulated with IHC 2002’s article 43 (additional Clauses), a part of the English Hull Clauses. Subject to insurer’s written approval, insured has right of choice. If the insured will not claim any demand from other relevant parties to the general average, the insurer will waive his right to subrogate. However, this situation is against article 1472 of the Turkish Commercial Code and therefore otherwise cannot be agreed upon since the code is compulsory.

Another point about Hull Insurances that should be mentioned; the question of whether there is a direct right to claim from the insurer. Although there is a chance to claim directly from the insurer in most countries and in Turkey, this right is not accepted under English Law. However, the direct claim right is provided, if the right of compensation of third parties are covered in the policy, in Denmark under Insurance Policies Code, Article 95.

As an example, “The Yusuf Cepnioglu” is an important case for this subject. The injured party brought an action in Turkey, directly to the P&I Club. High Court evaluated the case whether there is a need for an anti-suit injunction or not. The foreign law (Turkish Commercial Code) was discussed that gives a chance of a right of direct claim. Court of Appeal decided that, although the right of a direct claim is a contractual right, it is not an independent right and, the court allowed the anti-suit injunction. This decision of the Court of Appeal is important because it is about the right of a direct claim against and current.

In conclusion, Marine Insurance has an important role to ease maritime commerce and international trade. Since “Marine Insurance” is proceeded as a legal contract, “marine Insurance Law” plays a significant role in the field. English Law is the dominant law about maritime law.