That sounds like a lot of oil. However, the economics of a commodity market consists of both Supply and Demand.

In other words, after being in a state of surplus and becoming a major world oil exporter during the Obama years, the US is now set to be massively underproducing relative to our needs this year and next year, and likely for the foreseeable future. This year alone, according to the EIA, we will produce over 8 million barrels per day short of our demand. That’s 2.9 billion barrels short of demand over the year. That will get slightly worse next year.

Around the world, the picture isn’t much better. While we have enough oil to meet our needs, production rates are not easy to shift. And it’s even more difficult when you depend on a stable rate of exploration and development of new sources over the long run.

At the same time, reasonable concerns about the long-term impact of fossil fuels on the environment are making it harder to justify new major investments in oil exploration. That suggests we may face a world of tighter and tighter access to oil before we have the technological capacity to break free of the addiction to carbon. The result: a period of shortage that could last for years and may drive prices of petroleum-based products significantly higher.

This bodes particularly well for small-cap energy producers, who have fewer political hurdles to monetizing that scenario, especially those with alternative production models.

We take a closer look at a few of these names below.

Helmerich & Payne Inc (NYSE: HP) is committed to delivering industry-leading levels of drilling productivity and reliability and represents a dead-center idea in this portfolio thesis. Provided the price of oil rises to a level where the opportunity is too ripe to avoid for new production capacity, demand for its services will jump. Plain and simple. It also directly benefits from its operated rig fleet.

Helmerich & Payne Inc (NYSE: HP) most recently reported earnings for its latest quarter, including news that H&P’s North America Solutions segment exited the second quarter of the fiscal year 2021 with 109 active rigs up roughly 15% during the quarter, the Company ended the quarter with $562 million in cash and short-term investments and no amounts drawn on its $750 million revolving credit facility culminating in approximately $1.3 billion in available liquidity, and Quarterly North America Solutions operating gross margins increased $19 million to $64 million sequentially, as revenues increased by $48 million to $250 million and expenses increased by $29 million to $186 million.

President and CEO John Lindsay commented, “The increase in activity we experienced during the first half of our fiscal 2021 year has been encouraging, particularly in light of the record industry downturn last year. As in the past, our strong market standing and flexible financial position is enabling us to concentrate on long-term, strategic objectives during volatile and uncertain markets. We are making good progress in deploying digital technology solutions and introducing new commercial models to the industry, but realize there is still a lot of work ahead of us.”

Camber Energy Inc (NYSEAMERICAN: CEI) is one of the most underappreciated and most interesting names in the space because it operates in a different but equally compelling niche when compared to most companies in the production game. It’s a bit like a scavenger. And scavengers do extremely well in nature. You find more lions than hyenas and vultures against the ropes.

CEI is in the game of optimizing suboptimal previously operated wells. The company has expertise and resources tailored to the process of leasing out underexploited production opportunities where most of the fixed costs associated with the development and bring oil to market have already been absorbed by another entity, increasing the value of its expertise and helping to expand access to oil for consumers.

The company is particularly interesting given its pending merger with its majority-owned subsidiary, Viking Energy Group Inc (OTCMKTS:VKIN). The strategic combination will give CEI investors strong exposure to historically rich oil and gas properties spread across Oklahoma, Texas, Louisiana, Mississippi, and Kansas, with significant exposure to the Gulf Coast.

Louis G. Schott, Interim Chief Executive Officer of Camber stated, “We are delighted to be back in compliance with all of the NYSE American listing standards. Our re-compliance could not have been possible without the 1-for-25 reverse split which we affected in December 2018. We are looking forward to completing our previously announced combination transaction with Lineal Star Holdings and continuing to build shareholder value.”

In addition, its subsidiary, VKIN, recently posted breakout performance metrics that continue to show tremendous promise. According to its recent filing, Viking just posted record topline performance, posting 2020 revenues above $40 million, which is up over 400% from 2018.

James Doris, President and Chief Executive Officer of both Camber and Viking, commented, “We are pleased with Viking’s results given the challenges faced in 2020. In many respects, the year was about survival for E&P companies given the unprecedented price environment and market conditions, and not only did we endure thanks to the commitment and perseverance of our entire team we also managed to improve in key areas, including increasing overall revenues and reducing debt at the Viking level. We remain focused on executing on our strategy and forging a path toward profitability.”

Cimarex Energy Co (NYSE: XEC) is an independent oil and gas exploration, production company, and an interesting name in the space with nearly 620 million barrels of proven reserves and owned interests in roughly 2,800 productive oil and gas wells. The stock has also been very popular over the past 13 months, rising as much as 420% in that time.

The company’s principal operations in the Permian Basin and Mid-Continent areas of the U.S.

Cimarex Energy Co (NYSE: XEC) recently announced that Megan Hays will join Cimarex as Vice President of Investor Relations. Megan joins Cimarex from Concho Resources Inc., where she most recently served as Vice President of Investor Relations and Public Affairs. According to the release, she has 15 years of experience in strategic communications, sustainability, corporate development and capital markets within the energy industry. Megan will report to Senior Vice President and Chief Financial Officer, Mark Burford.

Mr. Burford, said, “We are excited to have Megan join our team. She is an accomplished leader with a strong network of relationships across the financial community. Megan’s experience in the industry – from strategy to sustainability – will make her a great addition to our company.”

And the stock has been acting well over recent days, up something like 4% in that time. XEC shares have been relatively flat over the past month of action, with very little net movement during that period.

Cimarex Energy Co (NYSE: XEC) generated sales of $679.5M, according to information released in the company’s most recent quarterly financial report. That adds up to a sequential quarter-over-quarter growth rate of 56.3% on the top line. In addition, the company is battling some balance sheet hurdles, with cash levels struggling to keep up with current liabilities ($523.8M against $886M, respectively).

DISCLAIMER:  EDM Media LLC (EDM), is a third-party publisher and news dissemination service provider, which disseminates electronic information through multiple online media channels.  EDM is NOT affiliated in any manner with any company mentioned herein.  EDM and its affiliated companies are a news dissemination solutions provider and are NOT a registered broker/dealer/analyst/adviser, holds no investment licenses, and may NOT sell, offer to sell or offer to buy any security.  EDM’s market updates, news alerts, and corporate profiles are NOT a solicitation or recommendation to buy, sell or hold securities.  The material in this release is intended to be strictly informational and is NEVER to be construed or interpreted as research material.  All readers are strongly urged to perform research and due diligence on their own and consult a licensed financial professional before considering any level of investing in stocks.  All material included herein is republished content and details which were previously disseminated by the companies mentioned in this release.  EDM is not liable for any investment decisions by its readers or subscribers.  Investors are cautioned that they may lose all or a portion of their investment when investing in stocks.  For current services performed EDM has been compensated three thousand dollars for news coverage of the current press releases issued by Camber Energy Inc (NYSEAMERICAN:CEI) by a third party. 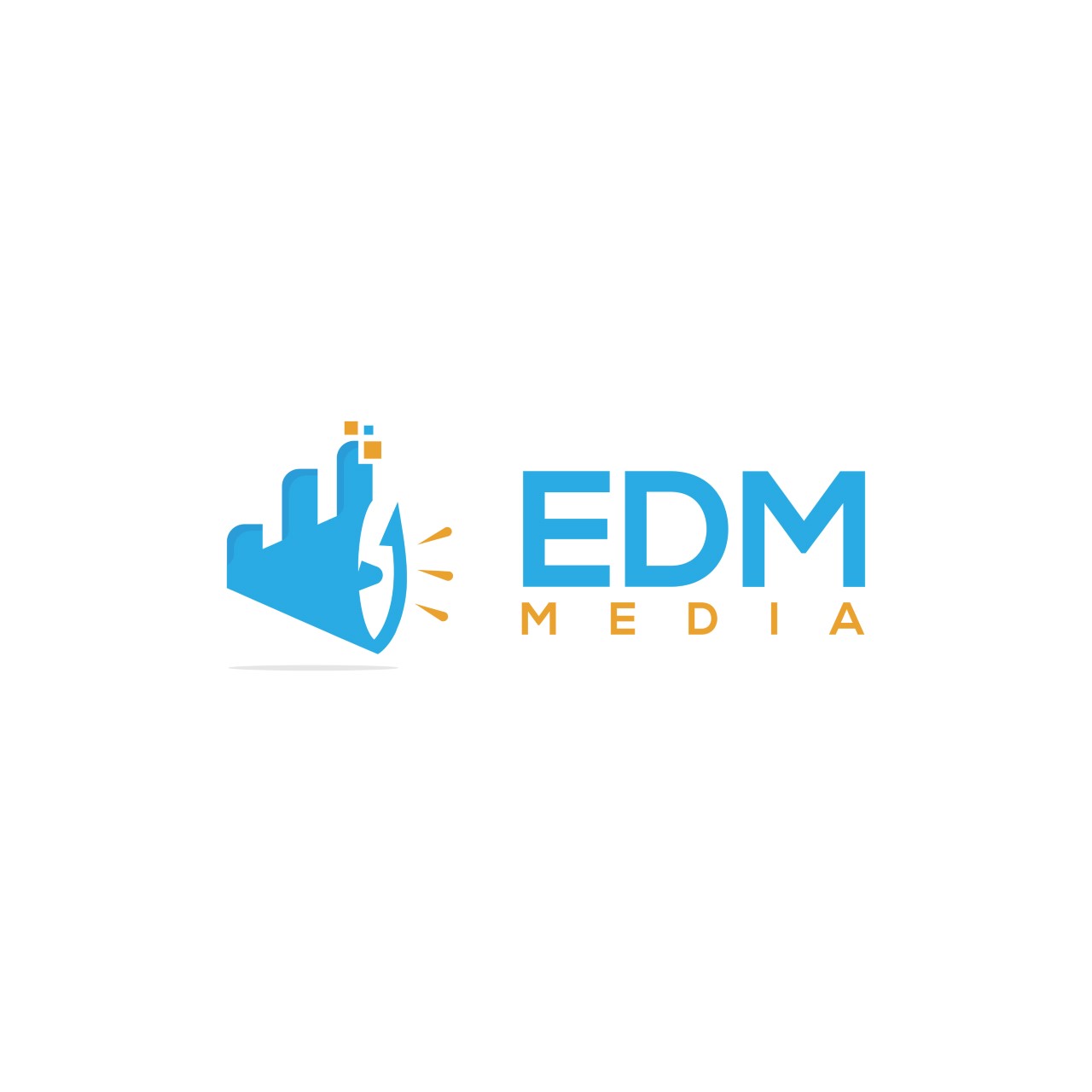