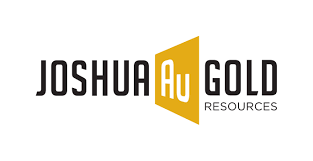 Woodstock, Ontario, January 21, 2021 – – Joshua Gold Resources Inc. (OTC PINK: JSHG) an American gold and mineral exploration company headquartered in Canada, home to the three-billion-year-old Canadian Shield is pleased to announce that it has acquired a one hundred per cent (100%) interest in the “Hiltz” Property a gold prospect located in Asquith Township in Northern, Ontario approximately one hundred (100) miles North East of Sudbury Ontario.

The Hiltz property is eight claims covering, roughly, 350 acres in The Shining Tree gold camp.  The Company paid the prospectors three hundred thousand (300,000) JSHG common shares in return for a one hundred per cent (100%) interest in the property.  The prospectors retain a two per cent Net Smelter Royalty (2% NSR); the Company has the option to repurchase 1.5% or 75% of the total NSR for one million, five hundred thousand ($1,500,000 Canadian) at any time.

The property is within the Abitibi Greenstone Belt and is underlain by an early Archean metavolcanic sequence with a basal layer of pyroclastic and sediments, followed by a sequence of mafix tholeiitic, and an upper layer felsic metadata volcanics.  Volcanics are intruded by later stage felsic units as well as diabase dykes.  Gold mineralization in the area is characterized by shear or vein types characterized by a mesothermal gold mineralization model. 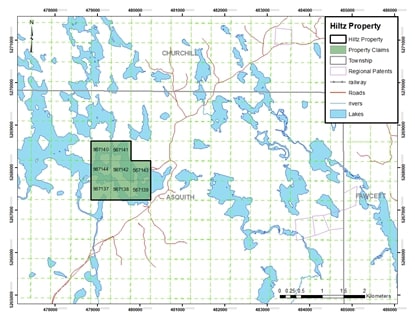 Ben Fuschino, CEO and a director of the Company comments, ” We have been looking at  the Shining Tree Gold camp region for several years and we are lucky to get the Hiltz property giving the Company additional holdings in this ‘hot mining camp’ area.”

Safe Harbor Statement: This press release contains forward looking statements of Section 27A of the Securities Act of 1933, as amended, and Section 21E of the Exchange Act. Forward looking statements are not a guarantee of future performance and results, and will not be accurate indications of the times, or by, which such performance will be achieved.