LiftKits4Less.com Honors Thee Dixon’s Legacy of Early Diversity in NASCAR by Sponsoring Mansion Motorsports Throwback on May 7 at Darlington Racetrack

Las Vegas, NV, May 3, 2021 – – The 4LessGroup, Inc (OTCQB: FLES), through its wholly-owned subsidiary, LiftKits4Less.com, will co-sponsor the Mansion Motorsports Throwback, hosted by MBM Motorsports, during the weekend of May 7 at Darlington Racetrack in Darlington, South Carolina. 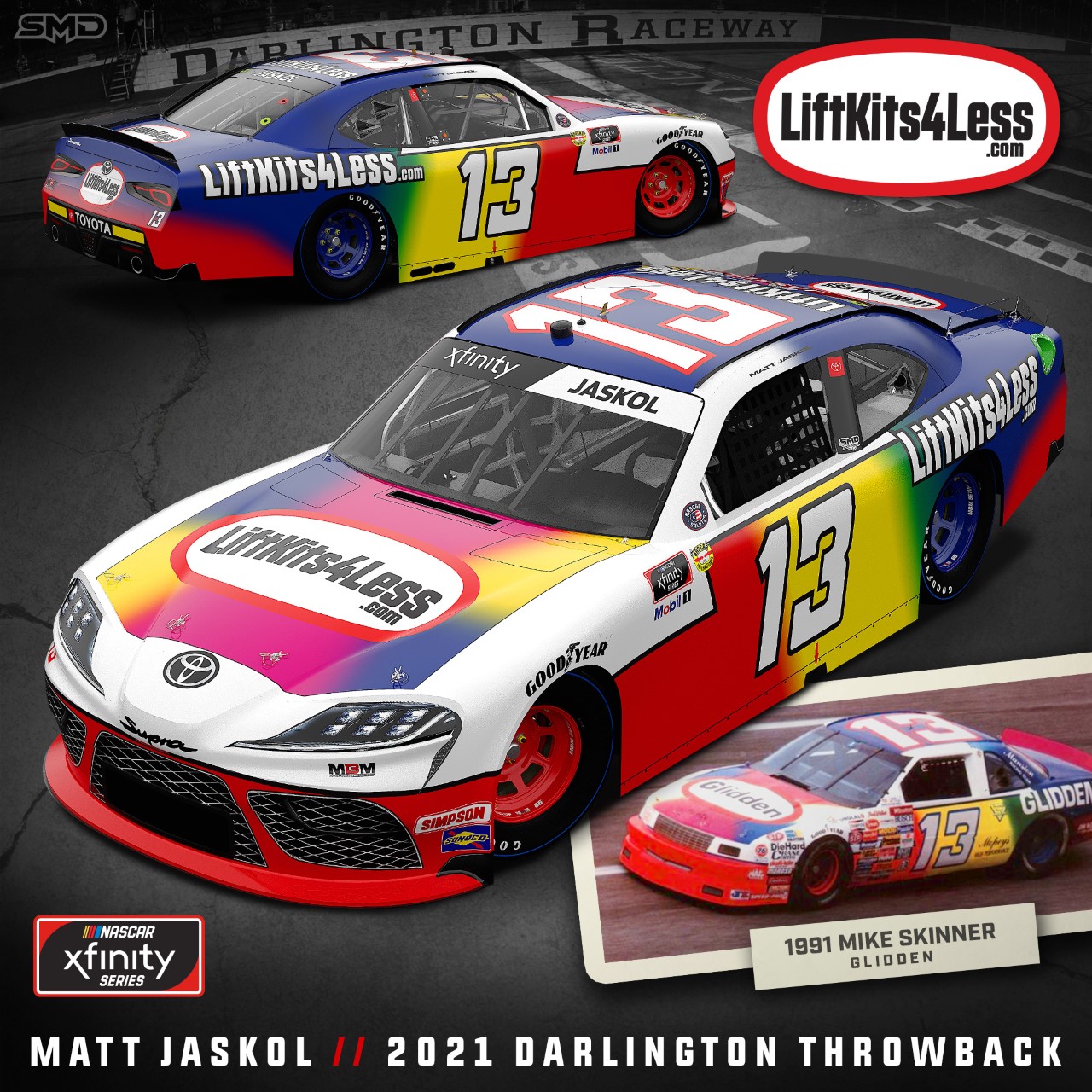 This event will honor the early diversity in NASCAR by paying tribute to the late Thee Dixon, the sports’ second African-American NASCAR owner; Tinsley Hughes, Mr. Dixon’s nephew and owner of Mansion-Hughes Enterprises and Hughes Motorsports, and several drivers who raced under the ownership, including Mike Skinner and Carl Long.

Chris Davenport, CEO of the 4LessGroup and its wholly-owned subsidiaries Auto Parts 4Less, Inc. and Lift Kits 4Less, Inc. announced, “I am honored and thrilled to be able to have our companies associated with this momentous occasion. Too often we forget the origins of NASCAR and the diversity of its early days.  The challenges that Thee, Tinsley and others overcame to achieve success are inspirational and need to be remembered by other NASCAR owners and fans alike.”

Dixon didn’t just achieve success. He passed it along to those who associated with him. He electrified and inspired other drivers like driver Carl Long. “I don’t know where I would be today without Mansion Motorsports,” Carl says. “I drove for them for five seasons. I’ve never seen so much passion for the sport as Thee and Tinsley. They showed me if you put in the effort, you can get ahead. There were many roads that were shut to them because of their color. I found a lot of roads shut to me too. But I learned that if there was a reason to quit, I would find two other reasons to keep going.”

Carl Long and other drivers will be on hand at Darlington, and Tinsley Hughes himself, hopefully, will take part. The MBM Motorsports event is sponsored currently by LiftKits4Less.com, minority-owned Supreme Transportation, and Whataburger, featuring Hispanic American driver David Starr.

About The 4Less Group, Inc.:

Building off the knowledge and success of their e-commerce website liftkits4less.com, that targets the aftermarket automotive parts for Jeep Truck and SUV vehicles, The 4Less Group, Inc.(www.the4lessgroup.com) is now focused on launching the world’s first automotive parts only multi-vendor marketplace under the URL AutoParts4Less.com. The projected MVP site launch will begin in early Summer 2021.