“Shareholders, It is with great enthusiasm that I detail our anticipated steps forward to building shareholder value alongside our development of high-profile entertainment properties for screen and our initiatives to get the Company on OTC Markets’ Pink Current Information Tier or above.

This has been such a long road for all of us, and I am confident it will have been well worth the journey. We have been working diligently throughout to position the company for significant market impact.

Mike The Pike Productions has acquired Arowana Media Holdings, Inc., which was formed as a media holdings company with a passion for transcendent storytelling across film, television, digital media, and other entertainment mediums. 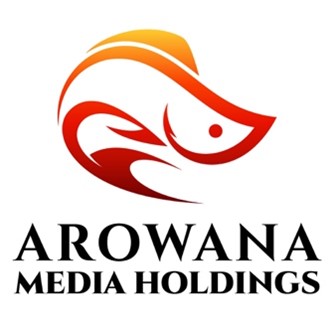 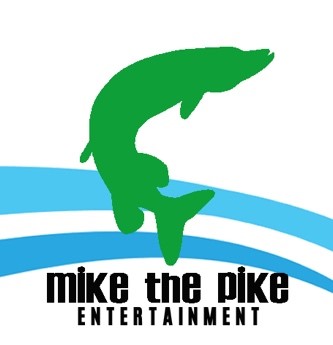 Arowana will do this via its flagship subsidiary, Mike The Pike Entertainment, where we secure rights to undervalued and/or legacy IP and develop, package and produce these materials for feature film, television series and more, in partnership with studios and production companies.

We anticipate this will lead to further M&E opportunities for Arowana such as merchandising, publishing, virtual reality, augmented reality, artificial intelligence, video games and esports.

We are currently closing on an acquisition of a highly prominent entertainment property alongside active negotiations for additional properties.  We will detail these in forthcoming announcements to keep this release as succinct as possible.

As for trading as a Pink Current security— It was announced that on September 16, 2020, the SEC recently approved the proposed amendment to the Form 211 rule. (https://www.sec.gov/news/press-release/2020-212)

It goes effective 60 days after placed on the federal registry, which was done October 27th, 2020—effective date—December 28, 2020.

In discussions with Issuer Services at OTC Markets, our understanding is that OTC Markets is seeking to become a recognized qualified interdealer quotation system (“qualified IDQS”).  This, in short, would give MIKP the opportunity to fulfill current information requirements and other due diligence to OTC Markets directly, as opposed to securing a Market Maker to sponsor a 211 to FINRA, which has proven to be a lengthy and expensive process.  If and when OTC Markets deems MIKP suitable for current information tier, a Market Maker may begin quoting MIKP again. Per my conversation with OTC Markets—this could be as early as Q1 2021.

About Mike The Pike Productions:

Mike the Pike Entertainment is parent company to Arowana Media Holding and Mike The Pike Entertainment LLC, an IP Acquisitions and Development company with a focus that includes Feature Films, Television, New Media and Graphic Novels. The Company has ownership and/or participation in a stable of high profile intellectual property currently in development for series or feature.

About Mark B. Newbauer:

Mark B. Newbauer graduated from the renowned film and producer’s track at Columbia College Chicago as well as The Second City Chicago Training Center.

Newbauer is also a Key Leader and National Recruiter with Symmetry Financial Group as well as Founder/President of OTC PR Wire, a premium press release reseller for the OTC Markets.

More on Mark Newbauer and his career in film can be found on LinkedIn at https://www.linkedin.com/in/markbnewbauer