Vampirella is a character who has continually evolved, having been drawn by dozens of artists in hundreds of issues published over the last 50 years, including her most recent record-smashing incarnation helmed by Marvel and DC veteran Christopher Priest (Black Panther, DeathStroke) https://www.comicsbeat.com/christopher-priest-celebrates-vampirellas-50th-anniversary-with-a-new-series/

MIKP CEO and Producer Mark B. Newbauer states, “We are thrilled with the opportunity to bring this amazing character to screen in a big way. Nick Barucci, founder and CEO of the prolific Dynamite Comics, is an incredible visionary with an eye for story, and a talent for integration into the zeitgeist.”

“He and everyone at Dynamite have resurrected this character in a significant way over the past decade and this latest run with Priest feels like it’s just the beginning of her next 50 years and beyond. We are truly grateful for the faith and support of Dynamite, Nick, and their reps, including producer/manager Ford Gilmore of Illuminati Entertainment.” 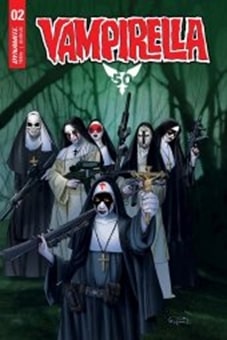 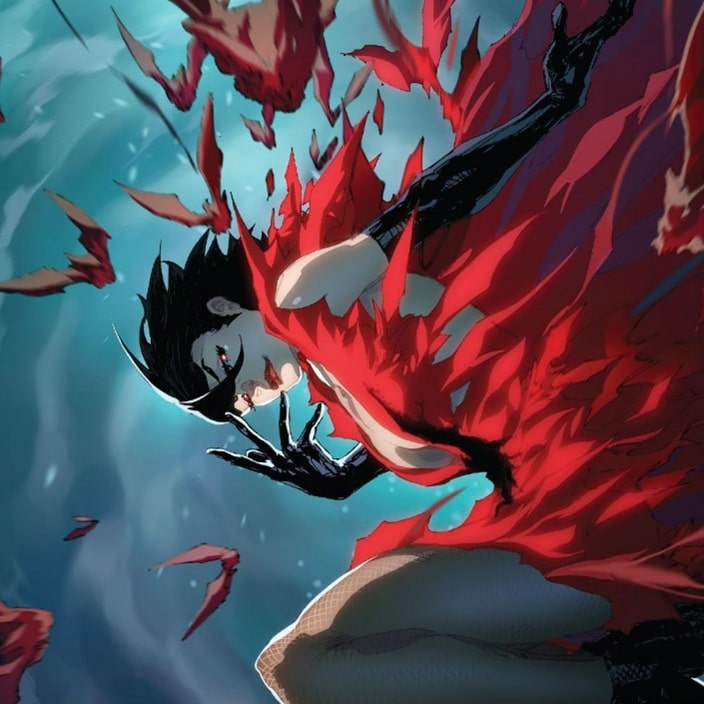 “Vampirella has become (and as of 2021 remains) the longest-running English-language vampire comic book of all time, its latest run, helmed by Christopher Priest (Black Panther, Deathstroke), is its most successful yet, with more issues sold in its 50th anniversary than any previous year and it continues to gain momentum in popularity as new readers discover Vampirella’s timely storyline.” 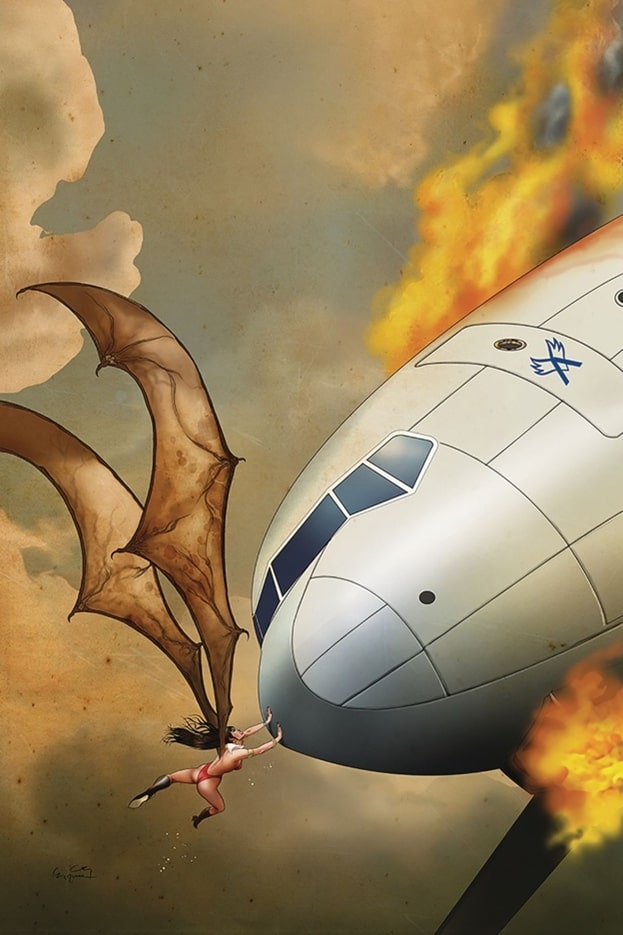 As Priest stated upon launch of the highly successful 2019-2021 series: “Vampirella’s supernatural abilities are a metaphor for a universal human condition, for being either rejected or idealized (or, in the case of our series, both) because you are different. Anyone who’s ever moved to a new town or a new school or taken a new job should be able to identify with Vampi’s challenges. 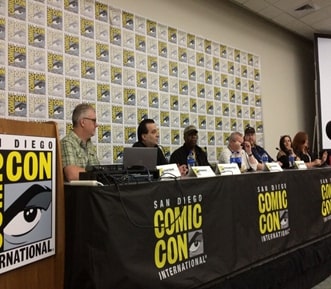 Anyone who wears their hair a different way, listens to a different kind of music, embraces a different religion, anyone who steps outside of or gets shoved outside of the so-called “mainstream” can identify this latest run on Vampirella. I hope it is precisely this universality of theme that helps broaden her audience; the Vampi tent is large enough for everyone.”

Over the years and in different publishing incarnations, Vampirella has clashed with Dracula; dodged the murderous intentions of Conrad van Helsing, and fell in love with his son, Adam van Helsing; had some “issues” with her mother Lilith (wife to biblical Adam before Eve was in the picture); took a young punk runaway, Sofia Murray, under her wing; and tangled with Fattoni, a sadistic Mafia boss. 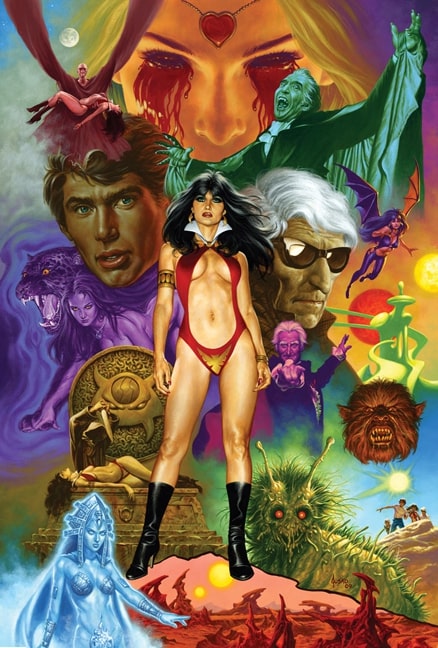 The deal for rights was negotiated by and between Joseph Lanius of Lanius Law & Associates for Mike The Pike Entertainment and John Michael Murray of Behr Abramson Levy for Dynamite. 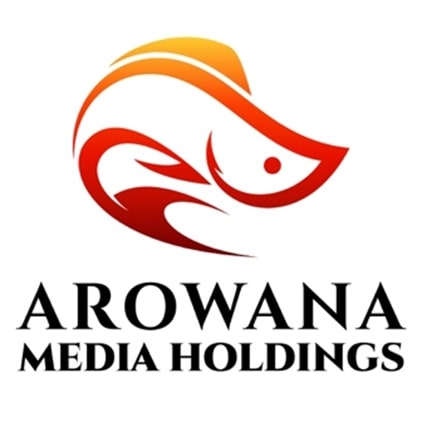 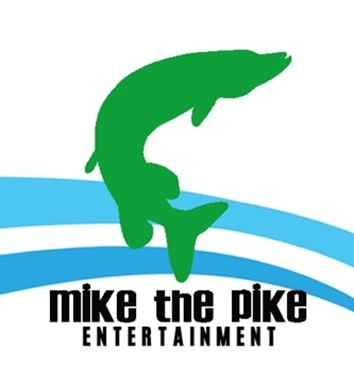 “As for trading as Pink Current Information— It was announced that on September 16, 2020, the SEC recently approved the proposed amendment to the 211 rule. (SEC.gov | SEC Adopts Amendments to Enhance Retail Investor Protections and Modernize the Rule Governing Quotations for Over-the-Counter Securities/)The rule became effective December 28, 2020.”

“Per an updated discussion with Issuer Services this week, they are having internal discussions toward deciding what, if any, procedures for companies trading in the Expert Market, like MIKP, will have available to become eligible for Pink Current Information Tier. We remain cautiously optimistic on the matter and standby with updated financials and information to post accordingly once there is more clarity on the matter.”

“In the meantime, we have what we feel will be an exciting opportunity for investors that we will announce details on in the coming weeks.  Prior to that we expect to update shareholders with more great news on the operations side of the business.”

With people staying at home, over-the-top (OTT) video has seen global revenue surge by 26.0% in 2020. And it will keep rising strongly in the coming years, almost doubling in size from US$46.4bn in 2019 to US$86.8bn in 2024. The launch of the Disney+ streaming service in late 2019 could hardly have been better timed: having projected between 60mn and 90mn paying subscribers by 2024, Disney+ reached 60.5mn in early August 2020. Not surprisingly given the rise of streaming, global data consumption is another beneficiary of the digital acceleration powered by COVID-19. It will jump by 33.8% in 2020 and will more than double from 1.9 quadrillion megabytes (MB) in 2019 to 4.9 quadrillion MB in 2024.

Despite the inevitable downturn, there is a tremendous opportunity for content creators, producers and owners of media intellectual property rights We believe that significant opportunities lie ahead for us to exploit these trends toward newer media outlets which will include HBOMax, Disney+, Peacock, Apple TV+, Netflix, Amazon, Hulu, and others, in addition to traditional media outlets.

About Mike The Pike Productions:

Mike the Pike Entertainment is parent company to Arowana Media Holding and Mike The Pike Entertainment LLC, an IP Acquisitions and Development company with a focus that includes Feature Films, Television, New Media and Graphic Novels. The Company has ownership and/or participation in a stable of high-profile or undervalued intellectual property currently in development for series or feature.

Arowana Media Holdings, Inc. (www.ArowanaMedia.com) is an IP Acquisitions and Development Company with a focused plan to build a diverse portfolio of IP to be produced and exploited in the entertainment marketplace via its flagship subsidiary, Mike the Pike Entertainment, LLC, which will acquire, incubate and develop IP which can then be used to complement horizontally integrated subsidiaries focused in Film/Television/Streaming, Publishing, Software/Gaming, esports, AR/VR, and Artificial Intelligence.

Dynamite was founded in 2004 and is home to several best-selling comic book titles and properties, including The Boys, The Shadow, Red Sonja, Warlord of Mars, Bionic Man, A Game of Thrones, and more. Dynamite owns and controls an extensive library with over 3,000 characters (which includes the Harris Comics and Chaos Comics properties), such as Vampirella, Pantha, Evil Ernie, Smiley the Psychotic Button, Chastity, and Peter Cannon: Thunderbolt.

In 2005, Diamond awarded the company a GEM award for Best New Publisher and another GEM in 2006 for Comics Publisher of the Year (under 5%) and again in 2011. The company has also been nominated for and won several industry awards, including the prestigious Harvey and Eisner Awards.