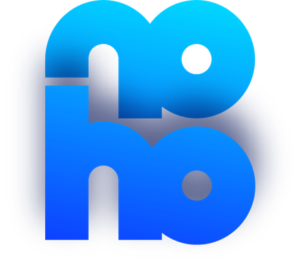 The Company is pleased to announce the long-awaited filings of our current financial statements with OTC Markets, and management is providing the following explanatory summary for our shareholders.

Following a dormant period since 2017, the current financials contain limited reporting categories, as all other accounts had been settled and there were no new transactions.  However, management has determined to highlight some key entries as they bear upon the future of the Company going into the third quarter of 2021 and beyond.  Of major importance, the new filings confirm there has been no dilution of the stock since 2017 and that management does not own any common shares at this time.

Management is moving forward with the final structuring of the asset-purchase transactions with Sibannac, Inc. (OTC Pink: SNNC) and reaffirms that it will be using the previously audited numbers from the 2017 filings as a barometer of the valuation for the warrants to be distributed to the NOHO shareholders.  As of 2017, the Company based the value of the software it acquired previously at $2,806,244.  While that remains the valuation for the acquisition component, the Company has elected to depreciate the value of the IP to $500,000 for the current filings due to the dormancy of operations and the unknown value of the software in the future.  This decision was cautionary and based on management’s conservative approach with the goal of eliminating valuation issues as the Company moves toward an audit and a return to fully reporting SEC status.

Of considerable interest is the accounting of the convertible notes that remain on the books as Long Term – Derivative Liabilities.  This results from the fact that there cannot be any near-term conversions of these old notes based on two factors.

First, the majority of the notes, entered into by the former management from 2015, have no share reserves in place and cannot be submitted by holders for conversion.

Second, current management’s conversion freeze agreement from 2017 with the largest holder remains in effect regardless.  Management is in communication with the primary debt holder and has discussed terms on a lockdown/leak-out agreement in order to retire the debt with a combination of cash and equity conversion.

The resulting and fortuitous benefits to the Company are also twofold: First, any stock that is ultimately converted will be based on the Company’s meteoric 1700% share price increase from a few years ago, effectively reducing any issuances to a relatively small percentage of the active float.  This is why the Company has filed the announced share reduction of the authorized common stock with Wyoming.

Second, due to the terms of the eventual, renewed leak-out agreement, the restrictions on sales of any new shares being sold into the market should have a minimal impact on share price.  As the Company moves into operations and revenues within the next 30 days, further share price increases will only work to further reduce the amount of stock ultimately issued to cover the notes.

The NOHO site is in final development and the new After Shot is currently in production.  The Company expects to launch the site in August with product available for sale.  In addition, management has decided to go to market with the sale of its Delta-8 THC products under the RāD8 brand.  While management initially resisted direct to consumer sales to due regulatory concerns, the Company is now comfortable selling consumer products to the vast majority of the country, while avoiding the patchwork of states that do not permit Delta-8 sales and which, fortunately, amount to only a small segment of the overall population.

As a further benefit, the Company will be introducing its payment processing solution by separate release shortly.  This solution will allow the Company to make sales of Delta-8 without having to seek banking approval and rely on the conventional credit card processing networks that charge high transaction fees.

The industry received unexpected, beneficial news last week confirming that the U.S. Postal Service has retracted its ban on shipping vaping products, like Delta-8 vape pods, through the mail.  As other private carriers initially followed USPS’ lead, it is hoped they will also revise their positions to allow shipments direct to consumers.

“On behalf of the entire NOHO family, I am so happy to finally submit our current financials to OTC to get us current again, on the way to an audit and fully reporting status and soon to be back in revenue this Summer!,” said David Mersky, NOHO’s CEO.  “NOHO is back and ready to rock in 2021!  Everyone is out and having fun again since last year and this couldn’t be better timing for the re-launch of our recovery shot and other amazing products.”

More from NOHO – in addition to the After Shot, we have developed a new line of products, all leveraging Hydro-Nano technology, which will be rolling out soon.  For additional information and product updates, please follow us at www.nohoshot.com and follow NOHO on Twitter at www.twitter.com/nohodrink.