Opening the Floodgates to Islamic Finance in Kenya 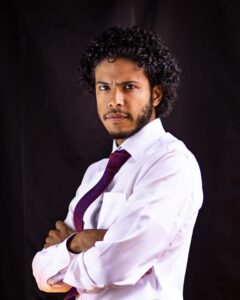 In recent years, Islamic Finance has grown rapidly across the world. By conservative estimates, Islamic finance is estimated to have over $2.88 trillion of assets globally. It is offered in over 80 countries and is estimated to grow at around 10-15% a year. Despite a significant slowdown in 2020 due to the Covid-19 Pandemic, the market is expected to grow to $3.69 trillion by 2024.

Islamic finance also commonly referred to as Sharia-compliant finance, involves the delivery of financial services in conformity with the principles of sharia law. The fundamental principles that govern Islamic finance include the prohibition against riba (interest), gharar and maisir (contractual uncertainty and gambling), and haram industries (prohibited industries such as those related to pork products, pornography, or alcoholic beverages). Other central principles to Islamic finance include compliance with the Shariah (Islamic law), segregation of Islamic and conventional funds, accounting standards, and awareness campaigns.

Islamic finance deals with most financial services, including banking, insurance and capital markets. While it has been used to finance huge infrastructure projects, it has also been used to fund small and medium-sized enterprises thus having a positive impact on smaller businesses. In view of the massively important role played by small businesses to developing nations, Islamic finance has a far-reaching impact on the economy. Other advantages of Islamic finance include:

World Bank defines financial inclusion as ‘Financial inclusion means that individuals and businesses have access to useful and affordable financial products and services that meet their needs – transactions, payments, savings, credit and insurance – delivered in a responsible and sustainable way.’ (Worldbank.org, 2017)

The conventional banking system is based on paying/receiving an interest which is strictly prohibited by Shariah Law. As such, Muslims refrain from conventional banking. This has resulted in many Muslims remaining unbanked and unable to access financial products and services. Islamic finance permits Muslims to participate and benefit in the financial system.

Despite being based on Shariah, Islamic finance is not restricted to Muslims only and is available to non-Muslims. In fact, there have been innumerable occasions where an Islamic finance product has been attractive to potential investors, even when they are not motivated by religious reasons.

Financial justice is a fundamental requirement in determining whether a product is shariah-compliant. Islamic finance requires that risk is shared between the bank and the customer. A lender must therefore carry a proportional share of the loss of a project if it expects to receive profits from the project. This brings about equitable distribution of income and wealth.

Due to the fact that speculation is prohibited, investments are approached with a slower, insightful decision-making process with thorough audits, analyses and due diligence. This has resulted in reduction of risk and greater investment ability. This was evident during the global financial crisis when Islamic finance products proved less volatile.

While Islamic finance has been vibrant in Muslim-majority countries particularly in South-East Asia and the Middle-East, it has, in recent times, gained traction throughout the rest of the world particularly in the United Kingdom since the UK Government took a keen interest in the industry. Noting the benefits of Islamic finance, the UK Government developed a work programme to make the UK’s financial services regulations compatible with Islamic Finance. One such way was to accommodate Islamic finance products in existing legislation and regulations governing conventional financial instruments and putting Islamic products on the same tax footing as their conventional counterparts.

The latest Islamic Finance Country Index (2019) ranks the UK 17th of 48 countries in terms of its overall Islamic finance offering. This puts it in first place in Europe and in first place among non-Muslim-majority nations. Many firms, Islamic and non-Islamic, see London as an important Islamic finance global centre to such a great degree that products developed in London are being marketed in Muslim majority countries in the Middle East.

Kenya’s Islamic finance industry is regarded as somewhat developed with immense potential for growth. Kenya has made some legislative amendments and new regulatory frameworks that have brought about the development of Takaful Retirement Benefits Schemes, shariah-compliant finance products and taxation exemption for Islamic finance products. However, it seems that Kenya needs to do more to further stimulate the market. Per the Islamic Finance Country Index 2019 rankings, Kenya ranks 24th of the 48 countries. This is a drop from the 2018’s rankings which had Kenya at 21st. This appears to be a noteworthy setback as Kenya, East Africa’s largest economy, would want to position itself as the region’s Islamic banking hub to profit from its apparent benefits and provide its 5.2 million Muslims with better access to Islamic finance services.

Further, in order to meet the Big 4 Agenda and Vision 2030, Kenya should hasten structural, legal and regulatory reforms to further enable Islamic finance services and also begin issuing sukuks at the earliest possible time. Sukuk also referred to an Islamic bond, is an instrument for raising capital and is tradeable on the securities exchange. Sukuk may be used to finance projects around Vision 2030 and the Big 4 Agenda, such as infrastructure and health projects.

Enabling an Islamic finance environment will enable Kenya consolidate its status as the leading trade hub in the region and the gateway to East Africa. Kenya has already made significant strides at enhancing the ease of doing business in the country. The World Bank’s Ease of Doing Business Index 2020 ranked Kenya at number 56. This is an improvement from 2019, 2018, 2017 and 2016 where Kenya was ranked 61st, 80th, 91st and 108th respectively. Mauritius (13), Rwanda (38th) and Morocco (53rd) are the only African countries ranked ahead of Kenya.