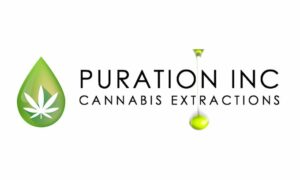 Since the update, PURA and PAOG have subsequently resolved to unwind the previously executed sale of PURA’s cannabis cultivation business to PAOG.  The decision to unwind the transaction has been carefully and painstakingly considered and does not waiver the two companies’ commitment to continue working together strategically under PURA’s Farmersville Hemp Brand business model. The cultivation operation is based in North Texas and the facility experienced a catastrophic event last February when a severe winter storm hit Texas. All existing inventory was lost as a result of the storm substantially impacting the value of the operation.  After attempts to salvage the inventory and potentially even modify the purchase transaction, the two parties finally decided the best approach was to unwind the transaction and allow PURA to internally rebuild the business with plans to revisit a possible future transaction.  In the meantime, the transaction will be unwound and application for an issuance of PAOG shares to PURA shareholders in conjunction with the transaction will be withdrawn.

Disclaimer/Safe Harbor: This news release contains forward-looking statements within the meaning of the Securities Litigation Reform Act. The statements reflect the Company’s current views with respect to future events that involve risks and uncertainties. Among others, these risks include the expectation that Alkame will achieve significant sales, the failure to meet schedule or performance requirements of the Company’s contracts, the Company’s liquidity position, the Company’s ability to obtain new contracts, the emergence of competitors with greater financial resources and the impact of competitive pricing. In the light of these uncertainties, the forward-looking events referred to in this release might not occur. These statements have not been evaluated by the Food and Drug Administration. These products are not intended to diagnose, treat, cure, or prevent any disease.