As May gets in gear, energy markets will be gearing up for the summer driving season. This summer driving season might be one for the ages given that last year’s version of the same didn’t happen at all courtesy of the Covid-19 global pandemic health crisis and its associated repercussions on travel.

But what about the electric vehicle revolution, one might say… What about all those shiny new EVs?

It turns out that, according to a recent story from Bloomberg, about a fifth of California EV owners have ditched their EVs to turn back to gasoline-powered cars mostly due to frustrations related to ease and time-commitments involved in charging.

It takes a few minutes to refill a gas-powered car. It takes hours to refill an EV. If you do it at home, it takes 12 hours to add 36 miles of range to your car.

While one can assume that, down the road, infrastructure and technology will likely exist to shift this equation. But that could be a ways off. And the recent shortfall in production capacity investments is a current issue, as is the seeming complacency with higher oil prices by the expanded OPEC+ cartel arrangement.

As demand begins to ramp in the coming weeks, small- and mid-cap energy stocks could see inordinate interest given the extremely low sector weighting that has befalling that space.

Helmerich & Payne Inc (NYSE: HP) bills itself as a company that is committed to delivering industry-leading levels of drilling productivity and reliability. H&P operates with the highest level of integrity, safety, and innovation to deliver superior results for its customers and returns for shareholders.

Helmerich & Payne Inc (NYSE: HP) most recently reported earnings for its latest quarter, including news that H&P’s North America Solutions segment exited the second quarter of the fiscal year 2021 with 109 active rigs up roughly 15% during the quarter, the Company ended the quarter with $562 million in cash and short-term investments and no amounts drawn on its $750 million revolving credit facility culminating in approximately $1.3 billion in available liquidity, and Quarterly North America Solutions operating gross margins increased $19 million to $64 million sequentially, as revenues increased by $48 million to $250 million and expenses increased by $29 million to $186 million.

President and CEO John Lindsay commented, “The increase in activity we experienced during the first half of our fiscal 2021 year has been encouraging, particularly in light of the record industry downturn last year. As in the past, our strong market standing and flexible financial position is enabling us to concentrate on long-term, strategic objectives during volatile and uncertain markets. We are making good progress in deploying digital technology solutions and introducing new commercial models to the industry, but realize there is still a lot of work ahead of us.”

The stock has been acting well over recent days, up something like 3% in that time.

Diamondback Energy Inc (NASDAQ: FANG) frames itself as an independent oil and natural gas company headquartered in Midland, Texas focused on the acquisition, development, exploration and exploitation of unconventional, onshore oil and natural gas reserves primarily in the Permian Basin in West Texas.

The stock has been one of the best performing names in the space as it levers up its capital base and expands rapidly in the Permian at a time when competitors have failed to inspire the same level of investor credibility through a period of historic volatility in end-market pricing.

“Diamondback executed well in the first quarter 2021 and quickly overcame the adversity presented by Winter Storm Uri in February. We closed our two previously announced Guidon and QEP acquisitions in the quarter, and subsequently executed a successful tender offer and refinancing of QEP’s senior notes. This refinancing adds $40 million of annual interest cost savings to the $60 – $80 million of previously announced annual cost synergies expected to be extracted from the QEP transaction,” stated Travis Stice, Chief Executive Officer of Diamondback.

And the stock has been acting well over recent days, up to something like 8% in that time. Shares of the stock have powered higher over the past month, rallying roughly 11% in that time on strong overall action.

Diamondback Energy Inc (NASDAQ: FANG) managed to rope in revenues totaling $769M in overall sales during the company’s most recently reported quarterly financial data — a figure that represents a rate of top-line growth of -30.3%, as compared to year-ago data in comparable terms. In addition, the company is battling some balance sheet hurdles, with cash levels struggling to keep up with current liabilities ($108M against $1.2B, respectively).

Camber Energy Inc (NYSEAMERICAN: CEI) is positioned well as a small and growing player with wide exposure to production capacity growth. And it has company-specific catalysts lined up, including a very strong merger underway.

The company is particularly interesting given its pending merger with its majority-owned subsidiary, Viking Energy Group Inc (OTC US: VKIN). The strategic combination will give CEI investors strong exposure to historically rich oil and gas properties spread across Oklahoma, Texas, Louisiana, Mississippi, and Kansas, with significant exposure to the Gulf Coast.

Camber Energy Inc (NYSEAMERICAN: CEI) is moving toward the finalization of its merger with VKIN, and we would assume further M&A-based expansion of this production team in the oil and gas space could be forthcoming. The Definitive Agreement has already been signed for the full merger (pending vote and regulatory “ok”) and contemplates a simple one-to-one share exchange, which now appears advantageous to CEI shareholders.

In addition, VKIN’s performance metrics continue to show tremendous promise. According to its recent filing, Viking just posted record topline performance, posting 2020 revenues above $40 million, which is up over 400% from 2018.

James Doris, President and Chief Executive Officer of both Camber and Viking, commented, “We are pleased with Viking’s results given the challenges faced in 2020. In many respects, the year was about survival for E&P companies given the unprecedented price environment and market conditions, and not only did we endure thanks to the commitment and perseverance of our entire team we also managed to improve in key areas, including increasing overall revenues and reducing debt at the Viking level. We remain focused on executing on our strategy and forging a path toward profitability.”

Camber Energy Inc (NYSEAMERICAN: CEI) shares have been broadly strong, up as much as 75% in the past eight months. But the stock has pulled back over the past 2 months dramatically, which could offer an interesting opportunity to investors interested in the space.

Cimarex Energy Co (NYSE: XEC) is an independent oil and gas exploration, production company, and an interesting name in the space with nearly 620 million barrels of proven reserves and owned interests in roughly 2,800 productive oil and gas wells. The stock has also been very popular over the past 13 months, rising as much as 420% in that time.

The company’s principal operations in the Permian Basin and Mid-Continent areas of the U.S.

Cimarex Energy Co (NYSE: XEC) most recently announced that Megan Hays will join Cimarex as Vice President of Investor Relations. Megan joins Cimarex from Concho Resources Inc., where she most recently served as Vice President of Investor Relations and Public Affairs. According to the release, she has 15 years of experience in strategic communications, sustainability, corporate development and capital markets within the energy industry. Megan will report to Senior Vice President and Chief Financial Officer, Mark Burford.

Mr. Burford, said, “We are excited to have Megan join our team. She is an accomplished leader with a strong network of relationships across the financial community. Megan’s experience in the industry – from strategy to sustainability – will make her a great addition to our company.”

The context for this announcement is a bit of a bid, with shares acting well over the past five days, up about 7% in that timeframe. Shares of the stock have powered higher over the past month, rallying roughly 9% in that time on strong overall action.

Cimarex Energy Co (NYSE: XEC) pulled in sales of $434.7M in its last reported quarterly financials, representing top-line growth of -33.9%. In addition, the company is battling some balance sheet hurdles, with cash levels struggling to keep up with current liabilities ($273.1M against $660.2M, respectively).

DISCLAIMER:  EDM Media LLC (EDM), is a third-party publisher and news dissemination service provider, which disseminates electronic information through multiple online media channels.  EDM is NOT affiliated in any manner with any company mentioned herein.  EDM and its affiliated companies are a news dissemination solutions provider and are NOT a registered broker/dealer/analyst/adviser, holds no investment licenses, and may NOT sell, offer to sell or offer to buy any security.  EDM’s market updates, news alerts, and corporate profiles are NOT a solicitation or recommendation to buy, sell or hold securities.  The material in this release is intended to be strictly informational and is NEVER to be construed or interpreted as research material.  All readers are strongly urged to perform research and due diligence on their own and consult a licensed financial professional before considering any level of investing in stocks.  All material included herein is republished content and details which were previously disseminated by the companies mentioned in this release.  EDM is not liable for any investment decisions by its readers or subscribers.  Investors are cautioned that they may lose all or a portion of their investment when investing in stocks.  For current services performed EDM has been compensated three thousand dollars for news coverage of the current press releases issued by Camber Energy Inc (NYSEAMERICAN: CEI) by a third party. 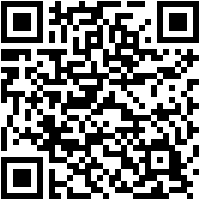