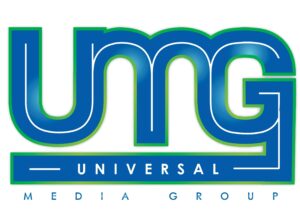 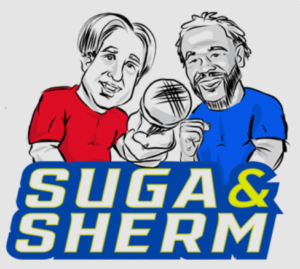 Boca Raton, Florida, Aug. 31, 2021 — McapMediaWire — Universal Media Group Inc. (OTC Pink: UMGP), currently listed on the OTC Pink Market, is announcing one of their newest and exciting projects; The “Suga & Sherm Podcast”.  The hosts of “Suga & Sherm” are “Suga” Rashad Evans, former UFC Champion and Hall of Famer, along with Mike Sherman, television host and producer of the weekly television show “Before the Fame”, which can be seen on CBS Viacom Miami and in selective markets across the country. The duo will produce a weekly podcast to dive deep into everything from sports to music, politics, current events, business and everything in between.

The first slate of guests are nothing short of legendary. UFC Hall of Famer Georges St-Pierre, Hollywood actor Lamorne Morris, the current pound for pound best fighter in the world, UFC’s own Kamura Usman, and Hollywood legend Mickey Rourke.

“I’ve been excited about the podcast space for a while, so I’m honored and excited to be launching a podcast with one of my best friends Mike Sherman. I truly believe “Suga & Sherm” will be a huge success”. -Rashad Evans

Rashad and Mike’s friendship goes back years as did the idea for this show, so they’ve decided the time is now, as it was long overdue. Their extensive professional backgrounds in television and sports, coupled with the relationships they’ve developed with some of the most successful athletes and biggest entertainers on the planet will create an unparalleled experience for their audience.

Universal Media Group (UMGP) has many new program initiatives, significant distribution news, and exciting new business developments to announce over the next few weeks and months. UMGP has been building for this moment over the past few years, and we feel fortunate to become much more diverse in our programming, expanding with multiple new business opportunities. Details, as announced, can be found on our new Universal Media Group website; www.umediagroupinc.com

About Universal Media Group Inc.:
UMGP is a digital media and production company with multiple revenue verticals including “Before the Fame”, “On the Mike”, “High School Icon”, “Suga & Sherm Podcast”, and a new NFT Platform looking back at over a decade of interactions. UMGP attracts some of the biggest names in music, film, television, and sports to participate in our programming. www.umediagroupinc.com