What does the Evergrande debt crisis mean for China’s economy? 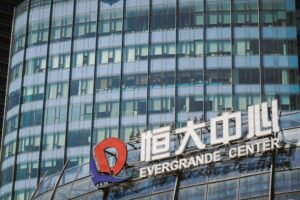 London, UK, September 23, 2021 – McapMediaWire – As the COVID-19 virus spread across China in the early months of 2020, some expert commentators dubbed it as China’s “Chernobyl moment” – an event that would undermine the legitimacy and rule of the Communist Party. A much more likely candidate for that title has emerged, though, in the form of the debt crisis enveloping Evergrande Real Estate Group.

China’s second largest property developer and the most indebted developer in the world with over $300bn of liabilities is out of money, and unable to meet interest payments due to both banks and foreign bondholders — though it was reported on Wednesday 22 September that some agreement has been reached to meet an interest payment to domestic bond holders. Evergrande Real Estate Group is also a kind of metaphor for the wider debt crisis in the Chinese economy. Material consequences for both China and the global system are sure to follow in the coming months.

The immediate problem is the unravelling of Evergrande Real Estate Group, which owns more than 1300 properties in more than 280 cities across China. Until now, the Chinese government has refrained from stepping in, choosing instead to make an example of Evergrande’s “capitalist excesses” to banks and others as a way to encourage more conservative methods.

Yet some sort of state bailout or restructuring is inevitable for the developer, at least to buy time. Otherwise, the financial contagion, and economic and social instability consequences of a messy default, would be catastrophic for Xi Jinping, especially ahead of the important 20th party Congress in November 2022. Consider that much of Evergrande Real Estate Group’s liabilities comprise pre-sale deposits by almost 1.5 million households, all of which would see their savings lost. Evergrande’s employees and others bought financial products that it issued to help fund itself, and they too would risk losing money in a worst-case scenario. The Chinese government will not want unhappy citizens to be on the hook. We expect that rather than a spectacular “Lehman-type” crisis, China will go through a period of financial distress, which will postpone growth.