What to consider if you plan to invest in Cyprus

London, United Kingdom, July 19, 2021 – McapMediaWire – In Cyprus, there is a strong business-friendly environment with one of the lowest corporate tax rates in Europe (12.5%, the lowest in Europe together with Ireland). Cyprus is a member of the European Union and the eurozone. 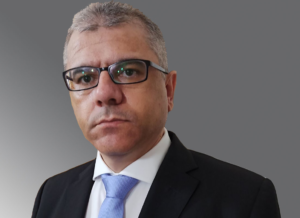 The geographical position of Cyprus is at the crossroads of three continents, offering access to markets in Europe, the Middle East, and the Maghreb. The workforce of Cyprus is multilingual, experienced, and inexpensive.

Cyprus has created a high-quality transport and telecommunications infrastructure, particularly in the ports sector and the sectors of tourism, international business, and financial services, maritime transport, real estate, and intellectual property are particularly developed.

People in Cyprus enjoy an attractive lifestyle in a secure, neat, and healthy environment, with a high standard of living.

There is a friendly business environment with solid regulation and a legal system aligned with British common law.

However, the internal market of Cyprus is small with a population of around 1.2 million inhabitants. Cyprus has a high public debt (118.4% of GDP in 2020, IMF) and significant external debt linked to bank deposits of many non-residents. The banking sector is still weakened by the 2009 crisis, despite numerous reforms imposed by the EU, the IMF, and the ECB.

In addition, the Cyprus economy is heavily dependent on Russia and the United Kingdom as export markets and sources of funding with excessive dependence on the service sector (84% of total output), especially tourism, finance, and housing.

Government has taken measures to motivate FDI. The Cypriot government has created a positive environment for business as proven by its 54th place in 2020 Doing Business ranking of countries where it is easy to do business. The government’s liberal policies have promoted investment development. Some key points of the country’s appeal are the possibility of 100% foreign shareholding in almost all sectors of the economy, the low corporate tax rate (12.5%), its attractive tax environment (Cyprus has signed double-taxation treaties with over 69 countries), and the low cost of establishing and developing a company.

The country manages to create an attractive environment for investors by strengthening weaknesses in its economy. For example, since 2013, the government has been restructuring the country’s banking sector. This, combined with the recapitalization, enabled it to avoid bankruptcies and improve stability. Likewise, progress has been made to modernize and make its legal, accounting, and banking services more efficient.

Bilateral Investment Conventions Signed by Cyprus has signed bilateral conventions with about 69 countries. Double Tax Treaties define the protection framework of FDIs in Cyprus for each signatory country.

Freedom of business establishment in Cyprus is guaranteed. Acquisition of holdings by foreign investors based in the European Union are free, they can acquire stakes in Cypriot companies, without any limit on the percentage of stake acquired or on minimum capital invested. Moreover, investors from the European Union can acquire up to 100% of the capital of companies listed on the Cyprus Stock market except for the banking sector where such a percentage is limited to 50% only. Obligation to Declare Licenses are required when operating in some sectors of the economy, like construction.

The tax system of Cyprus provides numerous tax incentives to foreign investors, some of them are listed below:

The Holding Company will be holding the general structure and will need a head office in order to cover and perform its activities and its subsidiaries. A combination of the tax benefits of a Cyprus Holding Company along with the stable regulatory framework, low operational costs relating to office rental, office equipment, and well-educated English-speaking labor force and exceptional climate and exquisite lifestyle, provide the ideal location for setting up of Headquarters allowing businesses to grow and thrive.

A holding company can set up its headquarters in Cyprus providing an umbrella for all the companies of the Group.

There are incentives offered by the government in order to set up in Cyprus such as the registration of the company as a Foreign Interest Company allowing it to employ third-country nationals by providing them with work permits.

Eligible Cyprus companies are the ones that:

The eligible Cyprus holding companies can employ third-country nationals as Directors with a minimum acceptable gross monthly salary for Directors is €3872 and the maximum number of 5 persons for this category.

Middle Management Executives and other key personnel can have a minimum acceptable gross monthly salary for this category is between €1936 – €3871 and the Maximum number of Ten (10) persons for this category.

For employing a greater number of third-country personnel under the above categories, duly justified and documented requests by the company can be submitted.

With regards to the Support staff, please note that there is no maximum number of third-country nationals employed under this category, provided that the necessary approvals from the Department of Labour have been obtained.

Using the above scheme will also give the opportunity and right to the Founder/owner of the company to be relocated in Cyprus and manage the structure through the permanent establishment of the Holding company from Cyprus.

The above relocation can also include Family members that would like to relocate along with the third-country national employee.

The Merchant Shipping Legislation fully approved by the EU (approval extended up to 31 December 2029) provides for exemption from all direct taxes and taxation under tonnage tax regime of qualifying shipowners, charterers and ship-managers, from the operation of qualifying community ships (ships flying a flag of an EU member state or of a country in the European Economic Area) and foreign (non-community) ships (under conditions), in qualifying activities. The legislation allows non-community vessels to enter the tonnage tax regime provided the fleet is composed by at least 60% community vessels. If this requirement is not met, then non-community vessels can still qualify if certain criteria are met. The legislation includes an “all or nothing” rule, meaning that if a shipowner/ charterer/ ship-manager of a group elects to be taxed under the Tonnage Tax regime, all shipowners/ charterers/ ship-managers of the group should elect the same.

Exemption is also given in relation to the salaries of officers and crew aboard a community qualifying Cyprus ship.

The exemption applies to:

The exemption also applies to the bareboat charterer of a vessel flying the Cyprus flag under parallel registration Bareboat charter out agreements remain eligible for tonnage tax, with restrictions introduced for bareboat charter agreements to third parties. The legislation provides a definition, as well as a specific list, of what are ancillary services. Moreover, it clarifies that the revenue from the ancillary services may fall under the tonnage tax regime, provided that the income therefrom does not exceed 50% of the total income generated from Maritime Transport Activities (‘Core Activities’).

Exemption is given to:

The law grants the exemption provided that the option to register for Tonnage Tax is exercised for all vessels and provided a composition requirement is met: at least 25% (reduced to 10% under conditions) of the net tonnage of the vessels owned or bare boat chartered in.

In order to qualify ship-managers must satisfy the following additional

Foreigners who decide to move their personal tax residency in Cyprus will automatically be considered as non-domiciled in Cyprus for a maximum of 17 years. For tax purposes, non-domicile persons who become Cyprus tax residents will now be completely exempt from Special Defence Contribution tax (“SDC”).

Remuneration from any employment exercised in Cyprus by an individual who was not a resident of Cyprus before the commencement of the employment, exemption applies to 50% of the remuneration for a period of 10 years for employments commencing as from 1 January 2012 provided that the annual remuneration exceeds €100.000.

For employments commencing as from 1 January 2015 the exemption does not apply in case the said individual was a Cyprus tax resident for 3 (or more) tax years out of the 5 tax years immediately prior to the tax year of commencement of the employment nor in the preceding tax year. In certain cases, it is possible to claim the exemption where income falls below €100.000 per annum.

Remuneration from any employment exercised in Cyprus by an individual who was not a resident of Cyprus before the commencement of the employment. The exemption is available for a period of 5 years for employments commencing during or after 2012 and it applies from the tax year following the year of commencement of the employment, with the last eligible tax year being 2030. This exemption may not be claimed in addition to the immediately above-mentioned 50% exemption for employment income. Exemption is granted on 20% of the remuneration with a maximum amount of €8.550 annually.

Equity introduced to a company as from 1 January 2015 (new equity) in the form of paid-up share capital or share premium may be eligible for an annual notional interest deduction (NID). The annual NID deduction is calculated as the new equity multiplied by the NID interest rate. The relevant interest rate is the yield on 10-year government bonds (as of December 31 of the prior tax year) of the country where the funds are employed in the business of the company plus a 5% premium. A taxpayer may elect not to claim all or part of the available NID for a particular tax year. Certain anti-avoidance provisions apply.