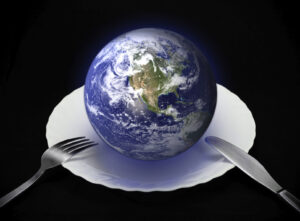 London, UK, November 04, 2021 – McapMediaWire – The world’s richest man Elon Musk ($315.2B Net Worth), declared earlier this week that he would sell his stock in Tesla “right now” and donate the proceeds if a World Food Programme official could describe exactly how $6 billion could solve world hunger.

Elon, the current Chief Executive Officer at Tesla and SpaceX, published a tweet on Sunday that he would accept a proposal from David Beasley who stated that a $6B donation would be effective in the fight against world hunger.

In a follow-up tweet, Elon added that David’s plan must include “open-source accounting, so the public can see exactly how the money would be spent.”

David is Executive Director at the United Nations World Food Programme. The WFP is the world’s largest humanitarian organisation, the largest one focused on hunger and food security, and the largest provider of school meals.

Media representatives from Tesla are yet to comment on the exchange.

If Elon makes the $6B donation, it would be the largest known charitable contribution that he has made to date. Musk faced criticism in 2020 over not giving away more of his massive fortune, though Elon said he likes to remain anonymous when making donations.