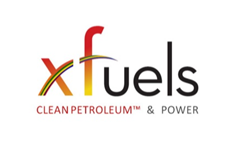 Calgary, Alberta, August 3, 2021 – McapMediaWire – Xfuels Inc. (OTC Pink: XFLS) is pleased to report the company will begin to produce biodiesel (B100) at its Bieseker plant. 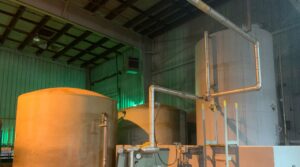 Mr. Michael McLaren states, “With access to our own power production as well as an abundance of oilseed and methanol in the area, it makes sense to produce this product at our site.”

He further stated, “To further enhance the project, the company will also purchase a blending unit to produce our own B-20 biodiesel product to run in the Cycle Energy Services rigs and equipment.” He then stated, “Fuel cost is one of the largest expenses when utilizing our equipment for abandonment or workovers and recapturing some of those costs while increasing 20% renewable utilization is a win-win for the company.”

The company will also integrate its priority grinding and oil extraction using the Szego mill for maximum yield of usable oil.  The spent waste will be utilized in the retrofitted incinerator to produce gas for power production.

After several offers were considered, Xfuels decided on a technology manufactured in Europe and will move forward with the purchase of the system.  The company is also entertaining becoming an authorized integrator of the technology for the  USA  and Canada.

The project will begin concurrently with the retrofit of the small incinerator unit already underway.

Xfuels Inc. is a fully integrated company that produces responsible energy products both traditional and renewable.   Our continued focus on carbon footprint reduction and cutting-edge technologies not only benefits the environment and local communities but also add value to Xfuels bottom line.

Cycle Hydrocarbon Technologies provides both  R&D  capabilities as well as previously developed and licensed technologies that aid in increased production, reduced lifting, and operation costs as well as gas and oil field intelligence. Cycle Energy Technologies immediate focus is our small-scale Blue Hydrogen production plants, which are scheduled to roll out mid to late summer 2021.  Our flagship technology, the mobile GTL (gas to liquid) system will roll out shortly after.  This technology brings forth increased value to the group through Cycle’s internal production of gas. The value is added by turning the gas into chemicals and C5+ hydrocarbons as a 3-4x multiple, which is industry groundbreaking.

This release contains statements that constitute forward-looking statements within the meaning of Section 27A of the Securities Act of 1933, as amended, and Section 21E of the Securities Exchange Act of 1934, as amended. These statements appear in a number of places in this release and include all statements that are not statements of historical fact regarding the intent, belief, or current expectations of Xfuels Inc., its directors or its officers with respect to, among other things: (i) financing plans; (ii) trends affecting its financial condition or results of operations;  (iii)   growth strategy and operating strategy.  The words   “may,”   “would,”   “will,” “expect,” “estimate,” “can,” “believe,” “potential” and similar expressions and variations thereof are intended to identify forward-looking statements. Investors are cautioned that any such forward-looking statements are not guarantees of future performance and involve risks and uncertainties, many of which are beyond Xfuels Inc.’s ability to control, and that actual results may differ materially from those projected in the forward-looking statements as a result of various factors. More information about the potential factors that could affect the business and financial results is and will be included in   Xfuels  Inc.’s filings with the  Securities and  Exchange Commission.