In an interview with Mr. Petty and ZICIX President, Mr. Fernando M. Sopot, they cited the importance of this Project as ZICIX being a listed company, strategizes its intention to increase share value, not just the profit it gains from project development, but also increases the possibility of accumulating assets through investing in the health sector, like the development of a hospital project.

CTIP-FII has executed, Project Development Contract with the project owner, Polyclinique de L’Amitie et de L’Alliance  (P2A) of Dakar, Senegal, a company where stockholders are more than 200 medical practitioners, like Doctors, Nurses, and others, mostly from Africa and France, among others, who have organized themselves to practice their respective professions in Senegal through the operation of what is called “P2A Hospital”, once completed.

The President of P2A Hospital Project Dr. Alioune Badara FAYE and currently the Head of the Department of Medical Imaging and Medico Technical in one of the largest Hospital in France said that it is about time, that “we help Senegal through providing medical professional services to those who needs it in our region”.

Mr. Sopot said that the project is designed by a well-known architectural firm, ARCHION Architects, led by its Principal Architect Daniel A. Lichauco. The firm’s expertise is into providing architectural and engineering designs for hospitals. The firm was commissioned by Dr. Faye. 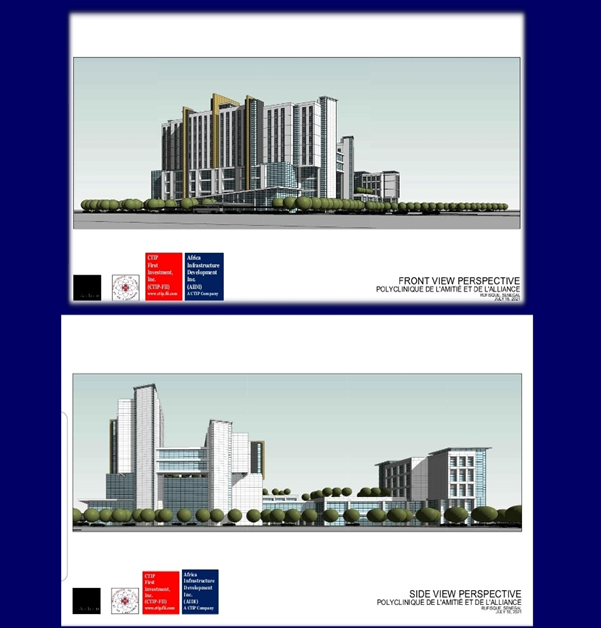 Mr. Petty has emphasized the importance of ZICIX as creator making ideas a reality, that can create value for the stockholders. The investments of ZICIX into CTIP-FII as its operating company is just one of the many ideas that Mr. Petty has created.

ZICIX Corporation (OTC Pink: ZICX) – Originally founded as a service provider to the Healthcare industry, the ZICIX Corporation has recently been restructured with the intention of acquiring and developing technology applications designed for service companies in consumer, retail, and other industries. www.ZicixGroup.com.

CTIP First Investment, Inc. (CTIP-FII) is a private investment and project development company, involved in undertaking development projects for both the Government and the Private Sectors respectively. CTIP-FII designs and brings the right financial engineering to project owners and creditors to fund development undertakings and permanent mortgage.
www.ctip-fii.com.

Polyclinique de L’Amitie et de L’Alliance  (P2A), a corporation, engaged in the development and operation of hospitals and satellite of specialized medical offices, including training of medical personnel, in Africa. A new medical facility will open in August of 2022 in Dakar, Senegal.

Safe Harbor Act:  This release may contain “forward-looking statements” within the meaning of Section 27A of the Securities Act of 1933, as amended, and Section 21E the Securities and Exchange Act of 1934, as amended, and such forward-looking statements are made pursuant to the safe harbor provisions of the Private Securities Litigation Reform Act of 1995. “Forward-looking Statements” describe future expectations; plans, results, or strategies and are generally preceded by words such as “may”, “future”, “plan or planned”, “will” or “should”, “expected”, “anticipates”, “draft”, eventually”, or “projected”. You are cautioned that such statements are subject to a multitude of risks and uncertainties that could cause future circumstances, events, or results to differ materially from those projected in the “forward-looking statements” because of various factors, and other risks identified in a company’s annual report.